Control may be the most destructive force influencing a marriage. Let me illustrate this point with the following story. About two years ago a woman named Bracha, 47, came to speak to me about her husband’s controlling behavior. This is how she described her precarious situation:

“My husband is a very controlling person. He likes to be in charge of everything and he’s always telling me what to do. It’s driving me crazy. I feel like I can’t live up to his standards. He’s critical about almost everything I do, like my housework, taking care of the kids, and how I talk in front of his friends. When I clean the house, he quizzes me on what I had accomplished, how long it took and how to improve in the future. I tend to lean toward perfectionism, so you can imagine how frustrating it is for me to spend hours trying to meet his needs and then have him question me on my behavior!”


There was no question that Bracha was suffering from an overly controlling husband. Instead of respecting and caring for his wife, he chose to belittle and berate her for not living up to his unrealistic demands. Worse, Bracha had tried her best to please her husband and was now made to feel that she was a failure.

For those who find it difficult to imagine this extreme behavior, try to remember the last time you felt controlled by someone close to you, and then multiply that feeling by one-hundred-fold. Most of us have experienced some kind of control in our lives. For example, your parents may have tried to control what you ate or when you went to sleep. At work, you may have experienced a boss who aimed to control your behavior or ensure that your productivity was high. In the classroom, your teachers may have tried to control your behavior and make sure you focused on your studies.

After learning how to handle control as a child, some utilize the same principles in marriage. Now it manifests itself in new way, for example, trying to “baby” your spouse by controlling his or her every move, giving in easily to what he or she wants, or retreating or resisting attempts to control you. All of these are systems of control.

Below is a transcript of a session with Eliyahu, 38, and Shaina, 35. After 12 years of marriage, their relationship was deteriorating and they were quickly drifting apart.

Eliyahu: I guess I feel that Shaina is just so distant and unaffectionate. Most of the time she’s critical and I can’t seem to do anything right in her eyes. I try really hard to please her, but no matter what I do, it’s not good enough. I want her to appreciate me and say “thank you,” for I do give to her. I wish she would be warmer with me and let me know that she still loves me.

Daniel Schonbuch (DS): Shaina, Eliyahu feels that you are distant and don’t appreciate who he is or what he does.

Shaina: Don’t appreciate him? I just can’t seem to connect with him anymore. I feel irritated around him and I don’t really know why. He just annoys me. I feel like he’s clingy and I don’t like being around him.

DS: You said you don’t know why you dislike like him. Is there anything specific that you can point to?

Shaina: Well, for one thing, he’s doesn’t appreciate how hard I work for him. I work in a high-pressured accounting office and often come home late. When I do, he seems irritated and usually attacks me by saying that our kids are burdening him. But, you know, I work too hard for him to complain. I spend too many hours slaving at work for him to complain about me! I wish he would get a better job so I could stop working so hard! But he’s such a failure in business and I can’t stand having to bear the burden for the entire family.” 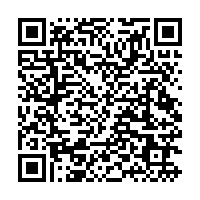