This was the most horrible Pesach ever.  I just don’t know if life will ever go back to being remotely close to what it had been.  And I’m not even sure that I want it to, as in retrospect I don’t think things were that great to begin with.


My husband and I have been married nineteen and a half years and live quite a distance from both of our parents.  From the beginning, it was understood that we would alternate spending Pesach with our parents, and we continued to do this even as our four children were growing up.

Not living within walking distance meant we had to sleep over and, needless to say, the cramped quarters and painfully uncomfortable sleeping arrangements in my in-laws home often led to irritability and arguments amongst the kids.  They much preferred to stay at my parents’ home because it was roomier and offered many more creature comforts. In addition, my mother prepared all the foods my children enjoyed whereas my mother-in-law cooked very simple foods geared to my father-in-law, who is diabetic and on a very restricted diet.

My mother-in-law is a sweet and gentle soul, but my father-in-law is a controlling, opinionated and strict authoritarian. While the kids were small, I managed to smooth things over, bringing goodies and snacks with me to combat the lack thereof in my in-laws house, so things did not get too out of hand. My husband, and sometimes even I, bore the brunt of my father-in-law’s criticism and very verbal displeasure.  I could see my mother-in-law fighting back tears when this happened and my heart hurt for her. Each time we had to spend Pesach with them it was harder to tolerate.  As the boys got older, my father-in-law began including them in his torment and it wan’t easy getting them to understand that going there for Pesach was a matter of kibbud Av.

This past Pesach was the straw that broke the camel’s back.  My husband recently underwent surgery to remove a growth on the back of his head, which made it impossible for him to wear his shtreimel for any length of time.  However, his father insisted that he wear it not only to shul, but also at the table.  Always obedient to his father’s demands as it sometimes avoided an all out blow-up, he swallowed some pain medication and went to shul with his father.  When he came home early from davening, I noticed blood coming through the bandages and was alarmed at how pale and in pain he was.  I took off his shtreimel and made him sit back in my father-in-laws recliner, hoping this would stop the wound from bleeding out.  My sons came back too, after noticing their father’s absence from davening, and sat with him as I went into our room to get extra gauze and bandages should they become necessary.

When my father-in-law stormed into the house yelling that no one stayed till the end of davening and that he had to walk home alone, we were stunned at his lack of compassion for his own son.  He insisted that my husband put on his kittel and shtreimel and sit at the table for the Seder.  My husband made it to the table on rubbery legs, sitting down heavily in his chair, but when it came to putting on his shtreimel, the pain was unbearable.  My eldest son, almost eighteen, took it out of his shaking hands and said that he would not allow his father to suffer.  My father-in-law roared that in his house everyone will do what is expected of him and demanded that my husband put on his shtreimel. He even came over to put in on his head. My son stepped between them to block him and, my father-in-law, without thinking, raised his hand and slapped first my son and then my husband, saying he was the patriarch, this was his house and he would be obeyed. 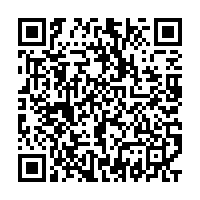