We have a stringent duty to honor our parents. But are there limits? A well-known Gemara praises a Roman officer for maintaining his composure even after his mother tore his clothes and spit in his face in public (Kiddushin 31a). Many cite this story as proof that a child must passively submit to abuse by a parent. This view is mistaken and can lead to terrible tragedies. First, the Maharshal, wrote that the above situation refers to a parent who suffers from dementia and is clearly not responsible for his actions. He states that if a child feels emotionally ill around a parent, he must set definite limits, such as moving far away. The Rambam states that parents “should not impose too heavy a burden upon their children or be too exacting regarding their duty to honor him, lest they cause the children to rebel” (Mishneh Torah).

This fact hit home a few days ago when, after a lecture, a woman came over to me and whispered, “Do you remember Rivka A?”* “Of course,” I replied. Although I haven’t spoken to her in many years, I remembered her as a sweet-natured young woman who always sat next to me in my classes and who enthusiastically put my child-rearing methods into practice. “Well,” the woman said, “last week, she took off her head covering and ran away up North somewhere, leaving her five children, including a 6-month-old baby with her husband and mother-in-law.”

Feeling intensely sad, I drove back home, imagining what must have happened. During the year that she was my student, Rivka had confided in me that her mother-in-law, whom I will refer to as Batya*, was making her life miserable. From the moment Rivka married Dan*, an only child, Batya constantly criticized Rivka. A lonely divorcee, Batya spent every Shabbos and holiday with them and had long conversations with Dan each day. Dan felt caught between two women, each of whom was fighting for his affections. Instead of telling him that his loyalty should be to his wife, his advisors told him to “keep the peace” by honoring his mother’s wishes.

Before long, Batya moved next door to her son, visiting whenever she pleased and constantly telling Dan that Rivka was a terrible mother and that she herself could do a much better job at parenting his children. When Rivka’s third child was born with a heart defect and died a few weeks later, Batya told the grieving mother that his death was due to Rivka’s “sins.” To the public, it seemed as if Batya was a devoted grandmother who wanted to lighten Rivka’s burden. In truth, she was slowly alienating the children from their mother.

Whenever Rivka expressed her pain to rabbis, they scolded her for having “negative feelings” toward Batya, telling her, “You must love every Jew.” They promised her that she would get olam haba for swallowing her pain and showing kibud em. So Rivka swallowed her pain, even as Dan began to imitate his mother, becoming just as critical and scornful. It was a 16-year long nightmare.

Batya is a narcissist with BPD (Borderline Personality Disorder). She needed to feel powerful, needed to be at the center of everyone’s attention and needed to be adored. Eventually, she succeeded in gaining the control she sought all along. Now she has her son and grandchildren all to herself. And lives were destroyed.

Borderlines have two very distinct selves. On the surface, they are charming and generous to those who adore them. Often super-pious externally, they may attract attention with their unusual stringencies in religious matters. They may be devoted religious leaders, teachers or involved in helping professions. Adept at manipulating people, they move deftly into positions of power and influence. Outsiders would never imagine that, in private, these “saintly” people are tempestuous and imperious, screaming, slapping and turning family members against each other by playing favorites. Due to their need to be seen as perfect, they often become hysterical before visitors arrive, due to some minor imperfection, like a spot of dirt on the floor or a dish in the sink, or because they think a child is not showing sufficient respect by carrying out their orders immediately and submissively. When the doorbell rings, they are all smiles and honey-coated talk.

Borderlines hold an extremely high opinion of themselves. No matter how many people they hurt or how much damage they do, they insist that, “Everyone else loves me!” They feel that they are entitled to special treatment and worshipful admiration because of all the good they do for others. To live with a Borderline, you must follow unspoken rules, such as:

· Never talk about your own feelings or opinions. Focus only on them.

· Praise them constantly, as they have a huge need to be adored no matter how badly they behave.

· Never criticize. Never discuss a violent episode or even hint that they have ever done anything wrong, as they will tell you that it never happened or that you are exaggerating or they will get you off on a tangent by arguing about the words you are using or the fact that you are upset. They expect you to forgive and forget quickly, as if the event never occurred.

· Be obsequious and submissive. Carry out their orders as if you have no will of your own. Otherwise, you will be punished. However, realize that no matter what you do for them, it will never be good enough, as they are un-pleasable.

· Never show interest in other people, as they are intensely, even insanely jealous. Anyone, even a baby, can be considered a “rival.”

· Do not defend yourself when they tell lies about you to others, making up stories about the awful things you have done. No one will believe you. Borderlines confuse fantasy with reality. They think that whatever they think is true, just because they imagined it. For example, if they merely imagine that you have betrayed them, it means that you have done so and must be punished.

· Be prepared for unpredictability. Just when you feel most resentful, they will arrive with a gift or offer money, making you feel guilty for feeling so angry. However, be wary; they will soon explode over some alleged imperfection on your part and the cycle begins again.

If you grew up with a Borderline parent, it is likely that today, you often feel anxious, confused and angry. Because your feelings were discounted, ignored or criticized, you have difficult validating your own feelings. Because you could not meet their perfectionist standards, you now feel, “Nothing I do is ever good enough.” You expect people to hurt you and are suspicious when people are nice to you. Terrified of being rejected or criticized, you anxiously seek approval, always putting other people’s needs first. You don’t feel worthy of love, joy or success.

What Can You Do?

The only way to begin repairing the damage is by keeping your distance, both emotionally and physically. If not, you will forever be caught up in periodic storms of chaos and cruelty that will leave you reeling, while they go blithely on, smiling as if nothing happened.

The most important thing is to refuse to feel guilty for their pain or scared of what they can do to you if you distance yourself or refuse to listen to them vent for hours. Borderlines are expert “guilt-trippers,” playing “victim,” making you to blame for their misery and illnesses. When you set limits, they will tell friends and relatives that you have abandoned them and encourage them to call and scold you for being such a terrible child/spouse/sibling. Refuse to explain, defend or justify your actions.

“Release” them with compassion. This means that when you think about them (and they want you to think about them 24 hours a day), immediately think to yourself, “I release him/her to Hashem, as this is too heavy a burden for me.”

To help you forgive (from a distance), realize that most Borderlines have a history of early abandonment or abuse. Many had cold and rejecting parents or lost their mothers early in life. As a result, they are untrusting of people, highly controlling and inwardly very anxious.

Don’t try to change them. Emotional illnesses are like stains on a fabric. Some stains can be removed with time and effort. But BPD is a character disorder, which means that their behavior is an integral and inseparable part of the person’s personality. People who don’t feel ashamed of their behavior will not make any effort to change, because they do not think anything is wrong with them. Your task is to learn to deeply and completely love and accept yourself, even though you too, have hostile feelings at times and to cheer your efforts to become a reliably loving and safe person. This is the only path to healing, one that can take a lifetime. 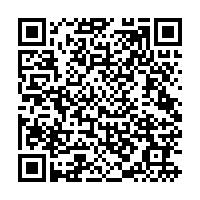