I am writing to you about the death of my son, J.B. and the way in which it is impacting my marriage.


Our son was in his 30s, had Asperger’s and lived alone. As no autopsy was done, it is believed he died as a result of a seizure.

Three weeks before his death, he and my wife had an argument and she stopped speaking with him. I spoke to him about it and convinced him to apologize even if he truly thought she was at fault.

My wife is a very strong willed woman with a career in mental health; she has held a number of administrative positions. She is organized and efficient – even at home. She would frequently say, “If you do as I say everything would be fine.”

Dr. Respler, my wife and I don’t have a great marriage. We stayed together all these years probably from a combination of guilt, dependency and the fear of being alone. As she had been raised without a father, albeit with a grandfather, when I asked her once why she stayed, she said, “I did not want to raise a child without a father.” Why she stayed with me before J.B. was born remains a mystery. Perhaps it was her need to have someone dependent on her? Her need to be needed? She loved me? All of the above. I was afraid to leave because I had no confidence I could handle managing my affairs alone.

We lived in an apartment when we first got married and I was happy; the only managerial problems we had were arguing with the landlord. My wife, though, wanted a house and I kind of fell into it. I secretly resented the burden of ownership and the responsibilities this involved. My wife resented the relative disinterest I had in the details of ownership. “You never notice anything in the house that needs to be done,” she’d say.

I felt guilty about the kind of husband I was and felt I owed her a child, but truly did not want the responsibility. I thought I was too crazy to be a father. But when J.B. came I changed. I threw myself into being a father and that transcended, for the most part, our tenuous attachment to each other.

So for thirty years we collaborated on raising him. He was a difficult child and we did not know how to manage him. When he was diagnosed with Asperger’s Syndrome we went into family therapy. It empowered me not to be bullied by him and to set limits. My wife says it saved her life.

J.B. had a successful life with help from my wife’s tenacious tutoring. He graduated from high school, he had friends. In fact, the two of us became incredibly close.

J.B. lived on his own for ten years, had his own apartment, managed his own money and successfully held a part-time job. He had a network of friends and was living a contented life. His death devastated us.

My wife and I mourned very differently. She withdrew, could offer no comfort and began at times to rage at me for relatively small mistakes. I once failed to secure the bucket on an electric drip coffee maker and the coffee spilled over a set of cookbooks and recipes and she screamed and insulted me. This was not the first time I had been a victim of her abusive and demeaning outbursts. Eventually I told her that I couldn’t put up with it anymore. I made up my mind to leave if it did not stop. She stopped.

I took to drinking at one point, but made my way to AA and have been sober for some time now. I go everyday, as I enjoy the fellowship and structure. I think I was always depressed and chronically suicidal. I am the child of a borderline mother. Both of my parents were alcoholics. In the marriage I was angry, hate-filled and resentful. But I am more than that. I am capable of great compassion and kindness. I was a kind and loving father. I was too bitter and disappointed to show much of it in the marriage. I showed it with my son and she concedes I was a very good father.

There is no affection between us, no comfort for fifteen years. We are together today because of financial hardship – yet our finances are inextricably linked. After years of therapy, I am emotionally ready to leave. I do not love her and she does not love me. Only once do I remember her showing compassion for me. She was never open to looking at herself or able to admit vulnerability, except for when J.B. died.

I would love to be allowed to love her, to say I am sorry, to beg her forgiveness and give her mine. J.B. brought us together during his lifetime. We achieved if not exactly closeness, some measure of love and appreciation for each other. With his death, that died too. 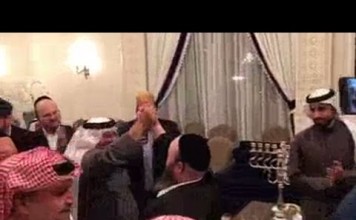