I listened to your lecture with Anenu on your line on Kol Haloshen Tuesday July 6th. I found it helpful in keying into issues regarding self-esteem. I did not take notes and I think your ideas would be so helpful to others. Please share your ideas in a column. Thank you so much.

Thank you so much for tuning into my lecture and for your kind words. A positive sense of self is one of the greatest gifts you can give your child. Children with high self-esteem feel loved and competent and develop into happy, productive people. To help build your child’s positive self-image let him choose what he would like to do instead of always making his choices for him. Giving children choices instead of demanding things from them gives them confidence as they feel in control and feel that they have a say in things. For example, let your child choose what he wants to eat at mealtime (let your child choose from a couple of choices or allow him/her to help you with your menu planning). Learning to make simple choices while children are young will give them inner confidence to make choices as they grow older without constantly second guessing themselves and seeking the approval of others before they make decisions.

Secondly, let your child perform tasks independently, without hovering over and doing it for him/her when faced with any difficulty. Allowing children to overcome challenges on their own will build the self-confidence they need to utilize their skills and maximize their potential.

Encourage your child with sincere praise for a job well done and don’t criticize him/her because he/she didn’t do the job as well or as fast as you could. Of course they can’t do things as well as you, but give lots of praise and encouragement for trying and doing a job well done. This will give your child a sense of confidence and pride in his/her work. Criticizing your child will have the opposite effect and will tear down your child’s self-confidence and feeling of accomplishment.

Your praise should be realistic. Don’t say things that are obviously untrue as children can see through this and it will not feel good to them. Children feel when you’re exaggerating and will feel that you’re treating them disrespectfully if you over praise. Children may even think that you must feel that the opposite is true, otherwise why exaggerate? If a child is putting blocks together, you can praise them by saying, “I can see that you’re really working hard and are putting together a great building!” That’s believable and will give the child a sense that his parents care about him and appreciate his efforts.

It is also very important to give children responsibility. Even young children can help out in the home and feel accomplished. Tasks such as setting the table, precutting paper towel for Shabbos, and folding laundry are some examples of things that children can help with. These jobs can increase their feelings of competency and pride in making a real and appreciated contribution to the family.

Additionally, DO NOT COMPARE CHILDREN! Each child is a wondrous gift from Hashem whose individuality and potential need to be separately nourished. Setting up one child as smarter, more gifted, or better than another will diminish the child’s self-esteem and alienate him from his family. Never belittle your child’s feelings. When you get angry, try to take a short break so you don’t say anything you’ll regret. You should always make clear that your disapproval is of a child’s behavior and never of your child. Help your children understand that no matter how angry you are, your love for them will never diminish.

Lastly, find time on a daily basis to interact with your child. Make your child feel you care about him/her and are interested in important areas of his/her life such as his/her friends, activities, teachers and school activities. Children know when you’re interested in them or just going through the motions. Let your child know that you care about his/her life. Don’t be afraid to show affection. Tell your child that you love and care and be generous with hugs and kisses! Your child’s self-esteem will grow if he/she knows you really care about him and his life.

As I emphasized in the lecture, American history is replete with men and women who despite their trials and tribulations made huge strides. Thomas Edison’s mother was told that he was retarded and he was sent home from school. His mother home-schooled him and believed in him and he went on to invent the light bulb. His self-confidence inculcated by his mother who believed in her son allowed Edison to overcome early rejection to achieve remarkable things. Woodrow Wilson had numerous incapacitating strokes yet led our country through World War I and founded the League of Nations dispite his disabilities. F.D.R. was a quadriplegic confined to a wheelchair almost his entire adult life and still led our country and defeated Nazi Germany and Hitler, yimach shmo, during World War II. Albert Einstein overcame a highly critical father and negative teachers to discover the theory of relativity, the nature of time and space and the relationship between energy and matter as set forth in his famous formula, E=MC2, which led to the creation of the atom bomb which Truman utilized to end World War II and which, arguably, has kept peace in the world for the past 70 years. John F. Kennedy led the country through the Cuban Missile Crisis and the threat of a nuclear war with the USSR despite being hardly able to stand due to intense pain from Addison’s disease. All these people possessed sufficient self-esteem which allowed them to succeed and achieve their potential despite severe handicaps, both physical and emotional.

There is no greater gift than self-esteem that we can give our children. People with self-esteem tend to be more decisive, usually have an easier time making decisions while in shidduchim, tend to do better in their marriages, and tend to be happier and emotionally healthier as parents. So dear readers, be cheap on your criticism and generous in your praise.

Deep down we all have the inner child who craves praise. Be generous with praise to everyone in your life and people will crave being with you. Hatzlocha in building your own self-esteem as well as those around you. 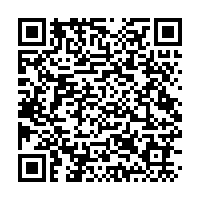