I have two daughters in shidduchim and while you and your readers are probably sick of “the shidduch crisis,” I am writing about an idea that recently occurred to me. My husband, Baruch Hashem, is an amazing person. He is a very good provider, and has a set time to learn each night. He is a true ben Torah, who has found the right combination of seriousness and light-heartedness. Although this is wonderful for our daughters, as they have witnessed a healthy marriage and they have a positive view of men, I feel it has caused them to form unrealistic goals.


How so, you ask? They want to marry men just like their father. However, they are comparing the 22-23-year-old guys they go out with to a man who is in his 50s. How can they expect these boys to be as well-rounded and mature as their father? Of course, their father was always a fine man; however, I know that over the years, we have grown, as a couple and on personal levels as well.

I am beginning to worry that my daughters may be nixing good boys because they are missing some of the polish or well-roundedness that comes with age. I want my daughters to look for the best boys for them, but I also do not want them thinking that none of these boys are good enough because they are not as learned as their father.

When my husband and I first married, he did not learn as much as he does now. We struggled financially at first, like most young couples, and he worked longer hours. I know that we live in a different world and that most “good” boys today find the time to learn, but I feel that my daughters also need to be realistic. If a boy is working until ten at night, he may not have time for a night seder. There is only so much you can expect from someone. I agree with my daughters that learning is important and that they both need to find a person who takes his learning seriously, but I am worried that with everything they learned in high school and seminary, they are unrealistic. How can I help my daughters understand this without “popping their bubble” and making it sound like I want them to compromise.

People often look to marry someone like either of their parents. Most of us, if we took the time to think about it, would find similarities between our spouses and one, if not both, of our parents. If a child has a good relationship with his/her parent, as in your case, then the marriage will more likely be successful. However, if the child does not have a good relationship with his/her parent the marriage may be fraught with various challenges.

This is the basis of the imago theory, which I reference often in this column. In your situation, it seems very positive that your daughters are looking to marry someone like their father. Your worry lies in that they may not be able to find someone on his level, as they are young; however, they will probably be attracted to boys who remind them of their father, even if they are not exactly the same. It would be a good idea to speak with your daughters about the way your husband developed into the person he is today. You can explain that people need space to grow and although it is admirable that they are looking for someone like their father, they will also have to be open-minded and flexible. Your daughters should not have to compromise on their ideals, but it is important that they be realistic. Try to share stories from the past, so they have a better idea of what marriage is like in the early days and how people can grow and encourage each other. 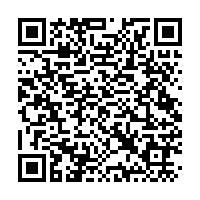