I’ve seen gruesome images out of Gaza and Israel this past summer. I’ve seen pictures of dead children in Syria. I’ve seen the videos of journalists in orange suits executed by terrorists in black. But for some reason, this video from the streets of Paris and the still shot that graced virtually every news feed that Friday has haunted me.


I know there are worse things out there if I dig even a tiny bit. Websites dedicated to showing the results of massacres and murders, all without the pixilated censor that saves us from the more gruesome images you can never un-see.

But then there’s this. Not bloody. Not ghastly. And yet it’s terrifying in so many other ways.

I can hear him begging for his life. And then, without even a pause, he is killed. On a street in Paris in the middle of the day.

I was glued to the news stations on Friday, obsessively refreshing CNN, FoxNews, NYT, and BBC. It reminded me of the search for the Boston Marathon Bomber, only the stakes were higher, the mood more somber, and the implications of what happened much more far reaching. I was watching the world shift in the same way it shifted on 9/11. Mindless terrorists, compelled by their twisted philosophy, and changing the world.

This picture was the beginning and it captures the metaphor of what we are fighting. News pundits tried to find some way to reason this all out. How can we answer this? How can we fight this?

It’s all nice and lovely to say that we will march hand in hand and give out some more hugs. But the day after the tragedy in Paris, 2,000 people were killed in Nigeria by an Islamic extremist group.

No amount of marching and widespread #hashtagging# will change that.

The answer is in this picture.

We can’t be the people lying on the ground, shocked and wounded and pleading. This terror will not respond to reason or logic. There is no mercy for this. There is no rehabilitation here. It simply must be removed. Hunted down. Blown up. Destroyed. No trial. No talking.

Four people shut down the world for three days. On Sunday, three million people walked in Paris in solidarity. They walked against terror. They walked with 50 world leaders. Stories of heroes emerged. Hostages at the kosher marketplace were hidden in a freezer by an employee. Another hostage sacrificed his life saving a young boy.

I saw the pictures and video clips but I wasn’t glued to the screen. Wasn’t refreshing the web pages.

Three terrorists have more of an effect on the world than 3 million people.

And that’s what is scary.

Tweeting Je Suis Charlie or Je Suis Juif is a nice gesture. But we should be angry. We should be active.

We should not be lying on a street corner or huddled in a freezer.

Paris is a wake up call. 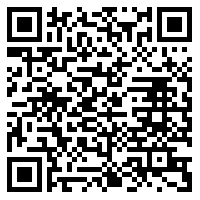