In Megilas Esther, countless beauties in King Achashveros’s Persian kingdom competed to become his second wife.  Yet only Esther unwillingly found favor in his eyes. Hashem’s divine plan is often hidden.  Later, Queen Esther faced her “new reality” by having to outwit the anti-Semitic Haman.  This ultimately led to numerous Jewish lives in Persia and many surrounding nations being saved.


Shockingly, in current world events, anti-Semitism rears its ugly head yet again.  Merely because a person is Jewish, he or she may be attacked while shopping in a French kosher supermarket, walking outdoors on a Brooklyn street or simply praying in an Israeli synagogue.  In fact, Jewish tourists are instructed to no longer wear their kippot on European streets. Yet, make no mistake, Jew-haters do not care whether we are Reform, Conservative, Orthodox, Chassidic, or totally unaffiliated.  In fact, the only country in the United Nations negatively monitored on an annual basis is Israel.

While Hashem provides us with free choice, at times life situations envelop us in difficult dilemmas.  As mere humans, we cannot comprehend the divine plan in store for us.  Yet, I feel we must do our hishtadlus, and do the best we can within existing circumstances.

At this time, I believe it is vital for us to strengthen our Jewish identity.  Since many countries are boycotting Israeli products, one tiny way we can begin this huge undertaking is to purchase products made in Israel all year round. Often labels of products that include another location also say “Product of Israel.”  This is fine since it simply means the items were made in Israel but assembled elsewhere.  If you or someone you know compiled a list of products and/or companies Jews should boycott as a result of their favoring Arab countries to do business with instead of Israel, please let us know.  By sharing this information we can choose to support Israel.

I have a dream that Jews the world over will unite and accept each other, regardless of their differences. We have recently seen glimpses of this taking place. By truly accepting one another during both tragic and peaceful times, perhaps we can hasten Moshaich’s arrival in our own lifetime.

Thank you for sharing your beautiful and insightful thoughts.  You are correct that in the times of the Purim story, all of the Jews did have to come together to battle the evil.

I know that our readers agree with your feelings about the importance of shalom and achdus.  The question is how we can reach out to Jews who are unaffiliated and don’t see the connection between anti-Semitism and our unity as a community.

​We cannot leave kiruv to the kiruv professionals.  We have to reach out to our fellow Jews in whatever way we can.

We have discussed many times the importance of being sensitive to the difficult situations people find themselves in. The hurt caused by careless words is sometimes difficult to repair. Onaas devarim (hurting people through speech) is a terrible thing, even though most people do it unintentionally.  Part of showing our love for all Jews is being sensitive in our speech and making sure not to say things that can be hurtful to others.

Of course we cannot always be perfect about saying the right things to the right people; nevertheless, we must all be extra cautious with our speech as so many people are suffering from various hardships.

On that topic, we would like to apologize for the inadvertent placement of a mazal tov ad on the same page as last week’s column. It is a perfect example of the importance of sensitivity and being extra careful.

Echoing your words, in the zechus of accepting each other and showing love to all Jews, may we bring Mashiach speedily in our times! 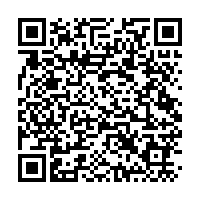