The Tzohar Rabbinical Organization, an Israeli group of hundreds of volunteer religious Zionist rabbis, issued the following statement in response to Thursday’s landmark decision of the Israeli Supreme Court. The decision established that private conversions, even those performed outside the auspices of the Israeli Chief Rabbinate, will be recognized as legally binding and converts who undergo such conversions will be accepted as Jewish under Israel’s Law of Return.

“We have always worked to ensure that conversion performed under normative Jewish law (halakha) is made possible for all those who genuinely seek it out and with the hope that this decision will make that process easier, it should be commended,” the Tzohar statement went. “We look forward to more extensively reviewing and understanding the implications of this court decision with the full confidence that it will assist many thousands of people as they undertake this most fulfilling path of conversion.”


JNi inquired with Tzohar whether they were concerned about the other ramifications of the new ruling regarding the new legitimacy of Reform and Conservative conversions in Israel. Reform Rabbi Gilad Kariv, head of the Reform movement in Israel, has said that “the High Court decision determines unambiguously that there exists more than one way to convert in the State of Israel, and that a conversion which is conducted in a Jewish community in Israel belonging to one of the Jewish denominations would be recognized as valid.”

“We expect the government of Israel to declare based on the ruling its full recognition of the Reform conversion being carried out in Israel, just as it has recognized these conversions in diaspora. This is a holiday for anyone who believes that the unity of the Jewish people will come through mutual respect and religious tolerance, and through the State of Israel’s recognition of all the colors and circles of the Jewish nation,” Kariv stated.

Tzohar told JNi that the new ruling came as the result of the insistence of those who acted with all their power to cancel the halakhic conversions which were done by local rabbis, and which Tzohar acted to make legal in the previous coalition government.

The implication is that had the haredi parties left well enough alone, the high court would not have made its ruling which now makes conversions inseparable from the Law of Return. Now that they did, the haredim have only themselves to blame.

Of course, the Thursday ruling remedied rejections of the petitioners that had taken place years before the Tzohar rabbis’ introduction of conversions by local community rabbis, so pinning the blame on the current haredi coalition partners is a stretch. Still, all three religious parties in the current coalition better figure out a way to set rabbinic halakha as the only legitimate foundation for conversions in Israel, before the threat of Reform conversions becomes a reality and a precedence. 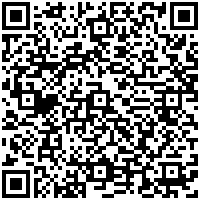