He phoned your house, forgive me, at three-thirty a.m. What did he care that he might be waking up a household? I snatched the receiver from the nightstand.

“There’s shmutz in my bed,” he pronounced, as if this was a matter of national importance.


I yawned, stuck a knuckle into the corner of my eye. “You know what time it is?”

“You’re not listening,” he rasped. “I said there’s shmutz and crawling things in my bed. How am I supposed to sleep on dirty sheets?”

“They were changed just yesterday,” I recalled sleepily. “Try shaking them out.”

“You think I haven’t tried that? It’s driving me out of my mind!” Outrage pulsated through the phone.

Good. Yes. That was the point. Go out of your mind. “Go sleep in the guest room,” I said, my wifely instincts getting the better of me.

He didn’t answer, just hung up the phone. Eventually I must’ve fallen asleep because the phone woke me up at 7:30 a.m. By now your kids were up, getting ready for school, I could hear your oldest, your Hindy giving instructions – take this bag, no, that one – the clatter of breakfast getting laid out, the crazy rush for socks and school bags which sounded like pretty sweet noise to me.

“Can a man grow two inches overnight?” His voice sounded scratchy from lack of sleep.

Uh oh. Had I remembered to put away the incriminating sewing machine? I must have. “What in heavens are you talking about?” I said, passing my hand through a bar of dust motes. “Look, I haven’t used the bathroom yet, so if you–”

“None of my pants fit,” he broke in hoarsely. “Not a single pair. Hells bells, you can see my ankles!”

It took effort not to fall to the carpeted floor and cackle raucously.

“What’s going on?” he said so pathetically, for a fleet second I felt sorry for him. “I look like a farmer boy, like an oaf!”

Oh boy, was that a mistake. His next words were: “You did it, Ruchella.”

“I’m away. How could I do anything?” I said in my let’s-be-reasonable voice.

“I don’t know.” I could hear movement, something opening, the creak of a closet. “Do you know what I have in my hand?” His voice dropped to a low, nasty level, minus its usual thin veneer of civility.

“Your umbra dress. The one from Bloomingdale’s.”

My favorite. It had a batik design around the collar and was chic modest. I felt like me in that dress. “Don’t touch it,” I warned. Just then I heard a fut-fut-fut ripping sound at the other end. “Why should I be the only one with a wardrobe problem this morning?” he jeered.

“Go ahead, rip them all,” I shot back. “It’s your money down the drain.” I hung up, breathing hard. I stood in the guest room, feeling the blood and excitement thrumming through my veins. All his formality and phony correctness had disappeared, the mask ripped off, his meanness plainly revealed. And you know what? This Binyamin was far easier to deal with. You see, I could fight his malice with my own malice, but condescension had always rendered me stupid. No sirree, Shaindy, I wasn’t changing my mind about him one bit. I got dressed, davened my morning prayers, and went down for breakfast.

By now the kids were gone and it was just you and me and the baby sleeping upstairs. I insisted you sit while I cleared away the kids’ breakfast clutter and made room for our own. I broke some eggs, fried up a Spanish omelet for the two of us, and all the while we chit-chatted, like old times, but still careful-like, walking around any difficult topics, to avoid potential spats. You saw the bags under my eyes, Shaindy. You never missed much. But this time you came to the wrong conclusion. You kept smiling, insisting I drink raspberry leaf tea. You thought I was expecting, didn’t you? But the only thing I was expecting was to get rid of that farshtunkener.

Hey, would you mind handing me back that baby? Huh. You’ll wait till I’m done? You’re a tough one, Shaindy.

Forty-five minutes later, he called while I was buttering my toast. “You’re a witch! What are you doing to me?”

“What happened now?” I held the phone three inches from my poor ear.

“Something’s wrong with my hair. I smell like a salad.”

“Too bad,” I commiserated.

“Forget that.” He snorted dismissively. “My whole car got splattered with bird excrement!!” he wailed. “It’s embedded on the windshield, the hood, the car door. I can’t even touch the handle to drive it to the car wash. Do you understand?”

I didn’t. Not at all. How in the world had that happened? “You know I had nothing to do with this,” I said severely. “Am I to blame for bad weather, too, and maybe inflation?”

“Listen you. My car was the only one on the whole block to get hit.”

My breath stopped short. The birds. Reb Getzel’s’s birds from the park. The only car on the block. The coincidence was too great. He’d trained them. What else could it be? That’s what passed through my mind. I choked up. My Get Angel hadn’t forsaken me, not utterly.

“Unbelievable,” I murmured just as you came into the kitchen, dressed, the baby in one of those new fangled arm pouches.

“Believe it,” he snapped.

I was about to tell him to get a tow truck, when I thumped my head. What was I doing, giving advice to that man? Would it ever stop?

“You weren’t behind this, were you, Ruchella?” he suddenly pleaded. ”Tell me it isn’t so.”

“Had nothing to do with it.” Most would agree that’s the truth.

Clunk went the phone. His brief moment of humanness had passed.

You walked into the kitchen just then and asked me, “What’s unbelievable?” But I just smiled at my belly and let you think what you wanted. Sorry. I needed to keep it a secret until the deal was done. You were taking the baby to a doctor’s appointment. Told me to stay home and relax. After I ran the dishwasher, I settled myself in an armchair and read an old Reader’s Digest like I didn’t have a care in the world. I aced the Word Power test, chuckled at “Laughter is the Best Medicine” and was in the middle of “Drama in Real Life” when the phone rang again. It was 11:15 in the morning.

I heard his ragged breathing go on for several moments.

More ragged breathing. Then, “Maybe I am losing my mind. All day long, I hear whispers in Yiddish: Give her the Get, give her the Get, yes, I figured out what it meant.”

A shiver passed between my shoulders. Reb Getzel of the village of Sosniwica had struck again.

“Maybe” – his voice wavered “maybe I haven’t been the greatest husband.”

“Or maybe” the sneer returned to his voice “I should really go crazy and then you’ll never get a divorce, ever.”

Oy gevalt. I knew the law. Only a sane man could grant a Jewish divorce, not an insane one. Get Angel, I prayed, bring him to the brink, but no further.

He was muttering to himself now, practically whimpering – “Mother, my mother, Mother, my mother” – Was that was he was saying? And pity welled up in me, because here his own mother didn’t care for him, not really. She couldn’t even recall stories from his childhood. Her only child! Still, I shook off any feeling for him. No mercy for that man who had trapped me with his stolen compliments, wined and dined and then demeaned me, day by day, meal by meal, until I’d nearly erased myself, all in the name of Shalom Bayis. I heard the phone signal. He’d hung up again.

He called back fifteen minutes later. “How soon can you get to the rabbinical court?”

I shoved my things into my overnight bag and scribbled you a note goodbye. Told you I’d explain it all later, I was in a rush, I had a train to catch. You probably thought I’d lost my marbles.

I hadn’t packed a thing to eat for that four and a half hour ride, but anyway, I couldn’t have eaten a morsel. My stomach was churning. I stared out the window as town after town flitted by. Could it be happening? I was getting a divorce. Thoughts ping ponged in my brain. I’d be free now. Free to burp if I felt like it or eat a box of Entemann’s donuts in bed. Free to stay in Norfolk or free to go and start a new life. A divorced woman I would be. Divorced Woman. I didn’t care for the sound of that, Shaindy. It had a hard gritty edge, but as the train rumbled along, I told myself soon it would turn into a detail, like having brown eyes or being a hairdresser. Actually, I couldn’t see myself doing that old job. I wanted to make more, be more. But I had no idea where to begin. Maybe I should postpone the Get for a year. Maybe the devil you know is better than the devil you haven’t met yet. In this way, Shaindy, a woman can lose total confidence in her judgment, like Ingrid in Gaslight. 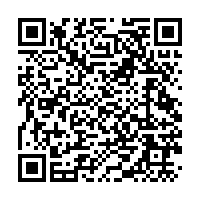