She thought about it for a good while and then answered, “Both of them.”


Yes, in marriage love is important, but so is the ability to buy life’s necessities and even some nice things. However, I don’t think that two people who love each other and are committed to a religious life together should put aside the chuppah because they’re not wealthy enough to buy all those things that other newlyweds seem to be getting.

Also, I don’t think a person should choose their marriage partner based on how much money he or she brings to the table.

The Torah offers interesting lessons on what qualities one should look for in a potential spouse.

Yaakov fled from his brother Esav who had murder on his mind. He headed to his mother’s family in Charan to look for a wife. According to a Midrash, Esav’s son intercepted Yaakov along the way, and although he didn’t have the heart to kill him as his father had sent him to do, he did take his material possessions.

What kind of marriageable man would Yaakov be now? And how did he feel, as he most probably knew that when his grandfather, Avraham, had sent his servant Eliezer to the very same place to look for a wife for Yitzchak he had sent him with very impressive gifts laden on ten camels?

Imagine this scene. Yaakov comes to the well at Charan, penniless. A lesser person might have put off the pursuit of a wife, reasoning that he had nothing to offer a prospective mate. But Yaakov did have something of GREAT VALUE TO OFFER – far greater than any material gift – and that was his exemplary middos, his good character traits.

Yaakov sees Rachel at the well where she has come to get water. She would have to wait there until enough men came to move the stone off of the top of the well. But Yaakov didn’t want her to have to spend any more time there than she had to. He himself moved the stone and watered her flock, no doubt making a deep impression on Rachel.

When it came time to marry her, he was willing to work for seven years. Yaakov’s gifts to Rachel were not material in nature, but rather came from a higher place – his entire being.

Another example. When Ruth, a Moavite accompanied her mother-in-law Naomi back to her homeland, it was a great kindness. She was under no obligation to do so. No one would have expected her to. Eventually, she bears a child with Boaz, and many generations later would come David, and we believe that Moshiach will ultimately descend from this union. What was there about this Moavite woman that attracted Boaz to him and would cause such great lineage to come from them? HER KINDNESS.

When making a decision to get married, it’s important to have emunah. You cannot predict the future; you can’t know that all will be well. You need to have faith. I know of a man who was engaged to a woman whom he was deeply committed to. Both of them had jobs, but the man wished he was making more money and as he got closer to the wedding and began to think of all the upcoming expenses he began to wonder if he was financially stable enough to get married. He called a friend who was a rabbi and expressed his concerns. The rabbi responded, “You have to be like Nachshon ben Aminadav who walked forward into the Red Sea before it had split, until the water was up to his neck and then the water parted.”

The rabbi’s overriding message was that before everything is in place, have the courage to go forward with what’s important to you and know that things have a way of working out. The man was heartened by these words and better opportunities for employment have come their way since they were married.

I remember hearing the following story from my parents, may they rest in peace, when they were recounting my father’s proposal to my mother. I asked my mother what she answered. “I asked him,” she said smiling, “if he had the two dollars for the marriage license.” It was said partially facetiously, but there was some truth to it. Money was hard to come by for them at the time. But they saw in each other a life-long commitment and they were married for 50 years until my father’s passing. And they never wanted for anything. 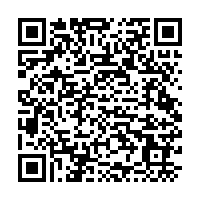