Before the summer I dated a guy for a while. Everything was going well, until I noticed troubling character traits and could no longer see a future with him. Things ended on a rocky note – and since then, he has been saying nasty things about me to his family and friends. This morning a shadchan called and told me that another boy said no to me because he heard bad things about me from “someone I dated.” (Definitely the same guy!) I don’t know what to do. Please help me restore my good name.

Here in Florida, we have an infamous bug called the Palmetto. It is a horrifying and huge (by bug standards) cockroach which all Floridians know and fear. It can be fast, it can fly, and it can appear at any moment like your worst nightmare. (If you have ever seen one, you are totally nodding your head right now.)

My sister had a favorite pair of shoes. Comfortable, beautiful, and they seemed to go with any outfit. One morning, she slipped her foot into those Cinderella slides and felt a tickle on her foot. She ignored it at first, but then the “tickle” seemed to travel up her leg. When she looked down, an unrepentant Palmetto was staring back, angry to have been uprooted from its new home. There was screaming – a lot of screaming. Maybe even some tears.

My sister never wore those shoes again. She wanted to, she really did, but all she ever saw when she looked at them was that beady-eyed, shoe-loving, skin-crawling Palmetto.

You are rightfully upset to hear that others have been having negative conversations about you. I’m sure you are hurt and dismayed that a dating relationship (if we can even call it that) is being used to besmirch your good name. Nobody wants others to talk badly about him or her, but in dating any damaging comment is not only hurtful, but can eliminate future dating prospects.

It is disturbing that so many boys and girls continue to be careless with their casual chatter about the people they have dated. Privacy has all but been eliminated with Instagram and social media, but we must still be able to rely on discretion and common decency amongst daters. It is wrong to talk about the girls or guys you have dated in casual company. If someone asks you directly about someone in relation to a shidduch, then by all means share what you know. But to carelessly discuss your past dates with your friends cheapens the shidduch process and is, frankly, disrespectful.

First, you need to revisit the relationship with this guy and how it ended. Really think back on your part in the process and reevaluate if your actions were completely aboveboard. Did you conduct yourself properly? Did you show respect for his feelings when you ended things? Did you speak badly about him to the shadchan or to others?

If, after review, you realize that you did not treat him with total decency and mentchlichkeit, then you owe him an apology (either directly or through the shadchan). If, however, you are truly baffled and don’t think he has any reason to be speaking badly about you, then it’s time to reach out to the shadchan or his local rav. Ask them to talk to him. They need to explain to him that he is hurting your reputation and needs to stop discussing you at all. You need to prevent further “Palmetto” damage – and try to undo what has already been done – to your appeal in the shidduch scene.

Then you can only continue to act like the mentch that you surely are, and as they say, “Actions speak louder than words.” 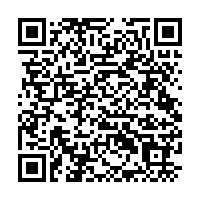