The first two parts of this series were printed November21 and 28, 2008; we now resume the series.


Mordechai, 36, and Chani, 35, were married for six years and came to ask me for advice on how to save their relationship. They seemed to have everything going for them. They were working professionals, successful and upwardly mobile; they shared many common factors including similar religious beliefs, intelligence levels, and were both pleasantly extroverted.

Yet, soon after marriage, it was apparent that Mordechai and Chani didn’t get along very well.  Little things like the cleanliness of the house, or who made dinner, became mountain-sized issues that were often blown out of proportion. The quality of their relationship was going downhill and their marriage was in crisis. Only six months had passed since their chupah and they were beginning to feel that they were unequipped to deal with each other’s emotional needs. Instead, they tended to withdraw from one another and were avoiding taking the obvious step of working together to solve their issues.

On the outside, they seemed to have everything going for them, yet now they had little to show for it.

What was causing their marital stress?  Did they share some deeply rooted negative patterns?  Was it a question of personality differences?  Did they have trouble managing their anger?

Mordechai and Chani were also scared, because some of their lifetime friends were also experiencing similar difficulties in their marriages, and the prior year, two of them had gotten divorced. They wanted to know if they were heading in the same direction and if there was anything they could do to sustain their marriage.

Before I began to advise them on ways to improve their marriage, I asked them to draw an imaginary circle in the middle of the room, to represent their relationship. I then asked them to take their chairs and sit in the middle of the circle if they were committed to their relationship. If they weren’t able to sit in the circle together, then, I believed, their marriage would have little chance of succeeding.

I also made it clear to them that, statistically, the overwhelming majority of failed marriages (between two emotionally healthy individuals) end because couples are having trouble building and staying committed to their overall relationship. In fact, many of the negative statistics appearing about marriage boil down to the prevalence of couples losing interest in developing the quality of their marriage.

A 1995 statewide survey in Utah, for example, examining why marriages end in divorce, found that the lack of commitment to the relationship was the top reason for the growing phenomenon.

Specifically, the Utah Marriage Survey asked Utahans who had been divorced to answer the following: “There are many reasons why marriages fail. I’m going to read a list of possible reasons. Looking back at your most recent divorce, tell me whether or not each factor was a major contributor to your divorce. You can say, ‘yes,’ or ‘no,’ to each factor.”

The following responses show the percentages of those respondents who answered, “yes,” to each factor that they felt was a major contributor to their divorce:

The table clearly reveals what Utahans who have experienced divorce perceive: that the lack of commitment was the number one contributing factor to their divorces.  Commitment often involves making one’s partner and relationship a priority, investing in the marriage, and having a long-term view of the relationship.

That’s why the most important issue in marriage needs to be the couple’s focus on the quality of their relationship.

Couples like Mordechai and Chani are a perfect example of a relationship that had migrated onto the back burner.  And, as I predicted, after several weeks of counseling, it became apparent that there was nothing fundamentally wrong with this young couple.  Neither was particularly high on “control”.  Neither of them had a history of serious emotional illness. And both came from parents who were happily married.

Mordechai and Chani needed to learn more about how to negotiate their emotions, how to communicate in a more effective way, and how to begin to recommit to their relationship. 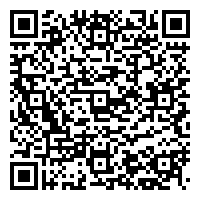