I am confused and don’t know what to do. I dated someone last year and I felt like we were completely on the same page and moving toward marriage, when he broke up with me without warning. He just said he didn’t feel the right way and didn’t want to move forward. I was devastated but accepted his decision and we have not had any contact since then. Until yesterday – when out of the blue, he called me. He said he is interested in trying again. I have not dated anyone since him that I’ve liked more, but I’m scared to get hurt again. What should I do?

We ate lots of donuts last week. Lots. Our Chanukah donut intake in a math problem would look something like this:

If H had 27 jelly donuts and she added 14 custard, and then gave away 6 caramel during her family’s Chanukah party, but then got hungry on the way home so she stopped for 4 plain donuts divided by 2 half donuts which barely count because two halves cancel out a whole, how many donuts did she eat by day 8?

During this donut palooza, my daughter received a mystery donut, with no clue as to what it might hold inside. She worried about eating it. What if it was jelly? She had a legitimate point. We finally focused on the worst-case scenario. She would take a bite of the donut and it would be a liver-filled donut (savory donuts are a thing!). She would think the flavor was vile and would gag and moan and taste liver everywhere for weeks. Not a pretty picture. But once she did that, she took a bite with gusto knowing she could manage the worst donut-outcome. (Spoiler alert! It was lotus. A total win.)

Thank you for reaching out. I’m so sorry you were hurt last year. It is very difficult when your feelings don’t develop at the same rate or in the same direction. You went your separate ways, and while this was hard for you, you moved on. To have him suddenly make an appearance in your life again must have been jarring, forcing you to relive the emotions you thought you had put to rest.

Take the time to think. Over the next few days find quiet time to reflect on your feelings. Do you still feel a connection and do you still believe that you could potentially make a future together? If the answer is a resounding no, politely move on. If, however, your self-reflection reveals that you still harbor positive feelings, then give yourself the opportunity to think through the worst-case scenario. You go out with him again- and he again realizes that he doesn’t want to marry you. This would be very painful, but over time you would likely be able to process and move on. In the span of a lifetime, the hurt you might potentially feel would be a risk worth taking for the chance to marry the right person for you. (A reasonable time-limit for dating him a second time would need to be put into place.) Risks are often scary. But like the life-changing possibility of lotus, your bashert would certainly be a chance worth taking. 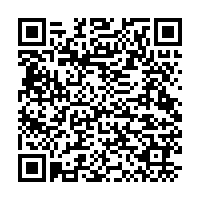