The Jewish community has never been as challenged as it is today. I believe that many of our problems could have been avoided if we took a more proactive approach. I recently met with a doctor who had just married off his first daughter. He wanted to know what exactly pre-Marital enrichment is. I responded by explaining the concept of self awareness, that it’s not possible to know someone else if you don’t know who you are! In pre-marital enrichment I discuss a topic I refer to as “Who Am I?” with couples before and during their first year of marriage. This way they can learn the communication skills needed to enhance understanding, appreciation and respect. Once this information has become available to the couple, they now have the awareness to give what the other partner needs. He then responded that his daughter and her husband communicate very nicely, ‘thank- you very much’. As I was leaving his office I could not help but laugh. He was not listening to a word I was saying, yet he was talking about communication skills. Communication between a husband and a wife is not the same as with a friend or even family. The relationship comes with enormous responsibility to attain self perfection and self fulfillment.

Let us now begin with the third set of preferences called Thinking Vs Feeling.


Some people prefer to think about things and others prefer to feel about them. If you are making a decision, which is more important- your head (Thinking Type) or your heart (Feeling Type)?

Every one uses both thinking and feeling at least some of the time, but the one that is used most automatically and naturally is the one preferred.

People who prefer to use Thinking in decision making tend to look at the logical consequences of a choice or action. They mentally remove themselves from a situation to examine it objectively and analyze cause and effect. Their goal is an objective standard of truth, even if that occasionally may hurt someone’s feelings. Their strengths include figuring out what’s wrong, so that they can apply their problem-solving abilities.

People who prefer to use Feeling in decision making tend to consider what is important to them and to other people. They mentally place themselves in a situation and identify with the people involved so that they can make decisions based on person-centered values. Their goal is harmony, and their strengths include empathy, understanding and supporting others.

They are careful not to hurt others. If they themselves get hurt they will often remember these feelings for a very long time;

2 – Assess impact on people, and how others are affected by their decisions

5 – Strive for harmony (want to be liked)

A good example of Thinking and Feeling people is best described in the decision making process of children in crisis or other wise known as “Youth at Risk”.

Problem: The child does not fit into the yeshiva system.

Solution: We have a responsibility to the school; it’s not fair to the other children.

The child should be removed from the school. It’s not logical to hire a separate Rebbe/teacher and start a new class for these children based on the possibility that things may work out. It’s war out there and in war you have to make sacrifices. Besides, we have no money. They need to be out of the mainstream and in to an alternative school. It stands to reason that they must leave so we can be the best that we can be.

Problem: The child does not fit into the yeshiva system.

Solution: Hire a Rebbe/teacher and start a new class for these children. We have a responsibility to the child, as much as we have to the school .Sorry, but every nashoma is special. If the child is removed from a mainstream school who will take them? As a result they will feel rejected and hurt and will most likely be candidates to meet the wrong people. What about the parents- how must they feel about what is happening to their son/daughter not being in school? If they are put in to alternative school who will be their roll models? No peers to even look up to! How is it that in the past we had money to fund a Rebbe/teacher and create such a class? These children should stay in the mainstream, so that they can be the best they can be. 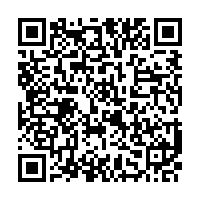