I am 26 years old and potential shidduchim have started to become scarce. Recently however, a friend of mine suggested that I go out with a guy that she previously dated. I recognized his name because another friend of mine went out with him as well! Should I even consider dating someone who seems to have dated everyone in my social circle?!

I am a huge fan of grocery shopping. Some think of it as mundane and boring – but not me. I love picking out my produce, buying weekly staples, and discovering products I never bought before. We all have our go-to store, where the aisles are familiar, and the process is predictable. A new store has since moved to town, however. ‘Returns R Us’ seems to be the place of choice for some singles, where every product now comes with a history. Opened boxes, dented cans, and resealed packages line the poorly lit shelves. You will also find never-opened containers, that were purchased and promptly returned before they could make it to the car. Items that have never even left the store have a layer of dust sprinkled by customers who loudly declared that they were not worthy of purchase. The store struggles to do business as you can imagine. Customers who come there with the best of intentions are somewhat dismayed when they hear product reviews over the loudspeaker. Even good reviews hold them back, because public knowledge makes the products seem cheaper and less exclusive. Even the choicest items feel tainted, making the selection seem paltry and unexciting. But as an employee (good long-term benefits!), I need you to know that nothing could be further from the truth.

I hear your worry. Why should you date someone that at least two people that you know dated and discarded? Most daters though, are not lucky enough to marry the first person that they date and many go out with multiple people before finding the right one. So, it’s possible that unbeknownst, many of us may have dated the previous dates of people we know. Therefore, I believe that your real hesitation lies in the publicity of it all – in the superficial information that you have heard regarding this potential shidduch and the real knowledge that other girls didn’t think this guy was “good enough” for them. Why then would he be “good enough” for you? Some daters, girls and boys alike seem to have a newfound belief that it is fine to discuss the people you have previously dated. They think nothing of belittling their past dates with their friends, easily dissecting them over coffee or a beer. Even a positive recounting automatically cheapens the person you are discussing. Past dates are merely diminished to a list of positive and negative qualities – that once not suitable for you are public fodder for friends and acquaintances.

Nobody wants someone or something that has been so casually discussed. As a group you are destroying the mystique, the mystery, and the excitement of finding something “new.” We don’t need 500 Amazon reviews in shidduchim, because finding your bashert is supposed to feel like shopping in an exclusive boutique, not on an economy e-commerce site. The more glib we are about past dates, the less value we place on them. Making them less attractive, less interesting, and less desirable.

Feel free to do research of course, to make phone calls, and seek information to be sure that someone seems right for you to date. Your due diligence will always be moot however, if you simply rely on his past dates for information. In the future, refuse to discuss shidduch names with your myriad of friends. If you feel the need to recount a date, talk to your mother, your sister, ONE trusted friend, or a dating coach. We need to bring discretion back to dating, so we can restore the value and worth of sincere daters who desperately want to find their zivug. You can’t undo that you know that he has previously dated friends of yours, but you can certainly give him the respect of being a “first” for you. 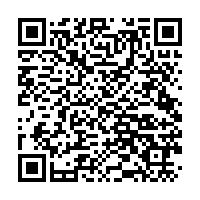