Question: My husband is always telling me the wonderful things he’s done to make me happy. If he makes the bed, makes calls on my behalf, works hard in the office, I hear about it. The other day he had to take care of a health insurance issue and he made sure to tell me that it took over two hours and three phone calls, in case I thought it went smoothly. I don’t constantly tally up what I do for him and I find it childish that he does. My friends tell me that their husbands don’t do this – so, why does mine?

Answer: There are two possibilities – either your husband has low self-esteem or you’re not appreciating him enough – or third…both. Asking him to stop obviously hasn’t worked, so, maybe try having an honest conversation with him about what he’s looking to gain from sharing all this information.


In addition, if you want it to stop, the best thing you can do is send more appreciation his way. Spouses don’t appreciate how crucial showing appreciation is. The research I have done has shown that unhappily married men say the number one thing they want in their marriages is more appreciation.

Whenever I ask a couple to list the things they appreciate about each other, they always come up with a very short list. When I mention the obvious missing points like being a good parent, working hard to make money, the person always tells me, “But he/she is supposed to do that.”

Most spouses make the mistake of believing that appreciation is only given when someone has gone well beyond the call of duty. Yet, every one of us wants to be noticed and loved for our hard work – regardless of whether or not it is our responsibility. Appreciation can be as simple as a hug, a thank you or a loving gesture (her favorite flower, his favorite magazine).

Whether or not he should be telling you about the “wonderful things he does” can be learned from the subject of a Gemara in Tractate Shabbos. Hashem tells Moshe that He has a special treasure in His treasure box and it’s called Shabbos. The Gemara learns from this statement that when a person gives a gift, he or she should make sure the recipient knows from whom it comes. The Gemara gives an example of someone who offers a child in the street a piece of bread. He should put some dye or oil by the child’s eye so that when the parent asks about it, the child will remember and tell the parent the name of the person who had given it to him.

The Gemara goes on to say that when Moshe returned to the people at the base of Mt. Sinai, his face was shining and how Moshe himself was surprised at this. This tells us that Hashem gave Moshe this gift without telling him, letting us know that gifts can be given anonymously. The Gemara explains that one should only tell the recipient about the gift if it will not be clear whom it came from. However, if the recipient will be able to figure it out, one does not have to tell him.

We are often told of the virtues of anonymity, as when we give charity. Yet, Hashem teaches us a completely different lesson when it comes to giving gifts. When one gives a gift, the intention is to create a connection with the recipient. The giver wants to be closer and so it is important for the recipient to know who the giver is so that their relationship can benefit from the kindness. Unlike tzedaka, a gift is about relationships and not about providing real sustenance. This is why the K’sav Sofer and Aruch Ha’shulchan say that one has not fulfilled the obligation of mishloach manos if it is given anonymously.

When a spouse gives a gift, he or she should tell the spouse of the time and effort put into choosing it – if it is not self-evident. This is not about “tooting your own horn” but rather about elaborating the love he or she feels for his or her spouse and letting he or she know that you are willing to go the extra mile to create a loving relationship. If the receiving spouse will understand the time, energy and/or money it took, then it’s unnecessary to mention it. Under those circumstances, telling the recipient could be a way of bragging, trying to make the person feel guilty or a way of asking for something in return. That person may have an excessive need to call attention to his or her actions so that he or she can be praised. 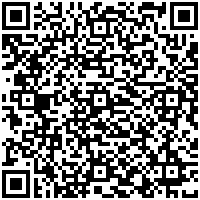