Are you looking for emotional first aid for your marriage? If you are, you’re not alone. Today, engaged couples, newlyweds and couples who have been married for years are feeling insecure about their relationships and looking for advice on how to make their marriages work better or simply to heal their relationship wounds.

It’s no surprise that people are feeling unsure about the state of marriage in America. Take the latest studies on divorce. A 1999 study called The Effects of Divorce In America showed a significant increase in divorce over the last seven decades. The report found that:

The statistics speak for themselves: relationships in America are in trouble and, as a society we are experiencing more divorce and dysfunction than ever before.

The good news is that I believe that most marriages can work. Often, all they need is a little guidance and direction, and when necessary, a bit of first aid.

It is true that the Torah community does not share these same statistics; our marriages tend to last longer and the viability of Jewish marriage is one of the great examples of the power and the wisdom of the Torah. However, over the last few years, we are beginning to see a new trend. Not a month will pass by when we don’t hear about a young couple getting divorced. The fact is, thirty years ago, “divorce” was an almost unspoken word in the Torah community. Today, divorce is becoming more common and we may be viewing the beginning of a new and dangerous trend. As a case in point, a colleague of mine recently mentioned to me that he stopped giving engagement gifts and preferred to wait until the couple took the final steps to the chuppah! These are signs that relationships are becoming harder to solidify and more difficult to maintain.

In today’s turbulent times, the entire notion of relationships is at risk, and the current tidal wave of divorce is causing a significant amount of anxiety. Worse, as skepticism about relationships grows, couples are becoming wary of promises that, “things will just work out” and “love will conquer all.” Many are willing to try just about anything to know for certain whether their marriage will succeed. In fact, some are so desperate for iron-clad assurances about their relationships, that they are willing to spend hours searching online for articles on marriage, participating in forums, and even taking illusive five minutes quizzes that promise to see if they have found their “true love.”

Here’s an ad I saw for one such dubious website: “Doubting if the person you are with is a right one for you? These tests and quizzes will help you to disclose his or her true essence.”

And that was just one site. There are so many others online that promise answers about romantic compatibility, how to know if you have found your soul mates, how much you have in common, and whether your love will last forever. It’s easy to get sucked into the appealing veneer of these quick and easy answers that aren’t based on fact or sound judgment.

Take Yossi, 25, and Deborah, 22, a young couple that came to talk with me about their fears of marriage and their inability to build a meaningful relationship. When they first walked into my office I was struck by how well they appeared – at least on the outside. They were in the prime of their lives, well dressed, soft spoken and well educated. Yossi was a systems analyst for a software company, and Deborah was a graduate student who had just started her first year in a master’s degree program in psychology.

Yossi, it turned out, was having difficulty deciding to get married. Deborah was scared that Yossi couldn’t make up his mind and that he was unable to commit to a stable relationship.

Yossi had other concerns about marrying Deborah. He was uneasy about the negative vibes he was receiving from what he described as Deborah’s “well-to-do” family. He was sensing that they would be unwilling to support them while Deborah was still in graduate school, and he was worried that he couldn’t carry the financial burden alone. 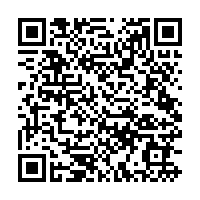