Recently, I bought a book on the planets that begins with a description of a 15 billion-year-old world.


Can I read that book to my children and discuss with them the fact that there are people (even smart people) in the world who believe this, yet help them understand our belief that the Torah – which is the emes – teaches us that the world is 5,768 years old?

I want my children to know that there are people who incorrectly believe this, and I also would like them to hear this from me – and not from someone who doesn’t have proper hashkafos. At the same time, I understand that the theory of evolution is not accepted in the Torah world.

I hope I am not putting you in an uncomfortable position with this question.

As parents, we all know the feeling of being asked jaw-dropping, excellent questions from our children. And we rarely get the opportunity to avoid answering them. So I guess that once I agreed to do this give-and-take parenting column, I should play by the same rules and not take a pass on challenging, excellent questions from parents on raising children in these trying times. So you need not apologize for posing your question.

Additionally there is the question of how, or whether, to impart this information to our children. Is it better to avoid discussing these challenging topics and hope that our children will be among the many who are not giving much thought to these matters? Or is it wiser to be proactive and prepare them for the time when they may need to deal with them at a more vulnerable time in their lives – when we may not be there to guide them?

Regarding the first matter: Our own understanding of things, namely the fact that there are objects in our world that appear to be more than 5,766 years old, is not, in and of itself, a contradiction to our emunah. Hashem created a world that was mature and developed. The trees had rings and the stones appeared to be timeworn. In fact, the Midrash states (Bereshis Rabbah 8:14) that Adam was created not as an infant, but rather as an adult with the developed body of a 20-year-old. Thus only two years after the world was created, Adam would have appeared to be 22 years old when it was only two years after he was created. So, too, a tree may have appeared to be hundreds of years old during the second year of creation. The same line of reasoning would apply to stones, canyons, etc.

An important note: When I first took a job teaching general studies in a yeshiva nearly 20 years ago, I asked an esteemed Monsey rav (who was a close talmid of HaGaon Reb Yaakov Kaminetsky, zt”l) if the above was hashkafically in line with our thinking and appropriate to share with adolescent talmidim. He told me that Reb Yaakov had explained this matter to him in exactly the same manner, and encouraged him to share this Torah perspective with his talmidim. His reasoning: This would increase the chances that they would not become spiritually disoriented later in life when they encounter this information from secular sources.

Therefore, the ages of the stones are not necessarily a fundamental conflict with our emunah. Many components of the theory of evolution, on the other hand, most certainly are incompatible with Torah tradition.

Next: Sharing this information with your children.

Rabbi Yakov Horowitz is the founder and dean of Yeshiva Darchei Noam of Monsey, and the founder and director of Project Y.E.S. To purchase Rabbi Horowitz’s d’var Torah sefer, Growing With the Parsha, his popular parenting tapes and CDs – including his 4-CD set “What Matters Most” – and his recently released parenting book, Living and Parenting (ArtScroll), please visit www.rabbihorowitz.com, e-mail udi528@aol.com, call 845-426-2243, or visit your local Judaica store.

Reject The Philosopher In Your Heart 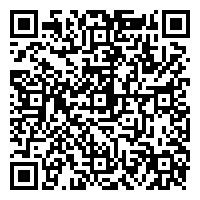