“Everybody is a genius, but if you judge a fish by its ability to climb a tree, it will live its whole life believing it is stupid.” – Albert Einstein


Albert Einstein knows a thing or two about being smart. But, he also knows a thing or two about being stupid. He barely passed his classes in elementary school, and some people say that is because he had undiagnosed Attention Deficit Hyperactivity Disorder (ADHD). The U.S. Center for Disease Control and Prevention explains that in the 21st century, the percentage of children with an ADHD diagnosis continues to increase, from 7.8% in 2003 to 9.5% in 2007 and to 11.00% in 2011. The verdict is still out whether professionals are over-diagnosing children with ADHD or whether there were millions of undiagnosed cases in the past.

Regardless, if your child suffers from ADHD or the symptoms of ADHD, below are the top ten ways that I have found to help your child succeed!

What doctors and teachers call hyperactivity can also be called exuberance. Exuberance is characterized by high energy and an intense interest in and curiosity about the world. Honos-Webb offers a revolutionary way of thinking about hyperactivity: by reframing it as exuberance, you can help your child regulate and channel that energy into productive outlets.

As Einstein can attest, ADHD is not a disadvantage; you simply need to learn the tools to regulate and capitalize on it. Then, your child will no longer be a fish who needs to learn to climb a tree. Instead, together we can teach him some spectacular deep-sea diving! 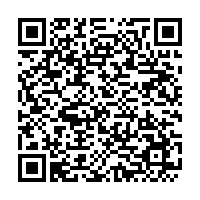