In Part I (Family Issues 10-14-2011) we discussed how many of us personalize different situations and how that affects our effectiveness in dealing with those situations.  Specifically we focused on foster parents who have expectations of their role and what will help their foster child and what happens when the foster child and/or the foster parent doesn’t have those expectations filled.

This led us to the prevailing difficulty of dealing with an attitude of entitlement.  We said that entitlement is a sense by a person that something is coming to them simply because they want it.  “It’s coming to me.  You have no right not to give me that.  I must have that.  I deserve that.”

This sense of “I deserve it so therefore it’s mine” has unfortunately reached epidemic levels in today’s society  – in both the secular and Jewish world.  Let’s be honest… we have all felt this way at some time, on some level.  In fact, next time you go to a buffet where the food is there for the taking, watch as people take more food than they could eat, or would ever eat if the food weren’t there in abundance. “I paid for the buffet, they have all this food for me to take and I’m definitely going to get my money’s worth.  I deserve it since I paid for it.”

Most people who feel entitled will always have a reason or rationale behind their thought process. Whether it’s “I deserve it” or “because of what I have been through…” the end result is the same – somehow its coming to them.  It has so proliferated our culture that many governments – on a federal or local level – have what’s called “entitlement programs.”  Now in the United States, there is much discussion and debate about government cutbacks, especially in regards to social services programs.  However, if these programs are “entitlements,” the basic argument is that they can’t be touched because, after all, people are entitled to these benefits.  Even within schools, this entitlement theory exists.  In this form, children are entitled to advance to the next level or class, whether or not they have successfully completed and earned a passing grade.

Where does this come from?  Sure there are those who theorize on the positive and negative effects of holding a child back or pushing them ahead.  However, what must be examined and debated is what we are teaching children when, regardless of whether or not their work is completed, they get moved ahead.  What about the employee who has been with a company for several years who feels, regardless of the merit of his or her work or the success of the company, he or she is entitled to a raise?

In Jean Twenge’s book , Generation Me: Why Today’s Young Americans are More Confident, Assertive, Entitled—and More Miserable Than Ever Before, she supports the assumption that people from their teens to their 20’s are plagued with entitlement.  Is this increased sense of entitlement a society shift or more of a generational one?  In fact, did this sense of entitlement always exist and was it always this bad?  As the saying goes, “in degree, not kind.”  That is, it’s the amount of entitlement, or degree, that becomes the problem.  A sense of entitlement has existed.  In his book The Me New Generation, author Jake Halpern describes the entitlement generation as “smart, brash, even arrogant, and endowed with a commanding sense of entitlement.” They are the “co-workers who drive you nuts.” On the flip-side, he says that these individuals are also free-thinkers who are willing to break the status quo and pursue their dreams. Their confidence is what allows them to accomplish great things and help the companies they work for grow and be successful. 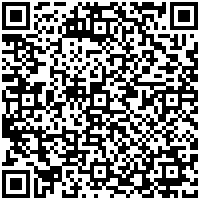