Being a teenager and in high school can lead to stress and anxiety, especially among girls. Considering the likes of peer pressure, self-image, getting into seminary among other areas, what is a proper message to convey to parents and girls during their high school years?

The most important message that we can give girls and their parents is to build our daughter’s self-esteem. In her book The Confident Child: Raising Children to Believe in Themselves, social psychologist Terri Apter explains that self-esteem has a huge impact on successful development, and that self-esteem has more impact on a child’s growth than intelligence or natural ability. When children believe they have value and also have the skills that justify this belief, they will have greater believe in their future successes. In turn, they will work harder and longer at a task simply because they believe that they can do it, and this will ultimately ensure higher levels of performance and completion. Apter also links confidence and self-esteem to Daniel Goleman’s theory of emotional intelligence which I have written about in the past. In his book, Emotional Intelligence: Why It Can Matter More than IQ, Goleman explains his conception of emotional intelligence:


Abilities such as being able to motivate oneself and persist in the face of frustrations; to control impulse and delay gratification; to regulate one’s moods and keep distress from swamping the ability to think; to empathize and to hope… And while there are those who argue that IQ cannot be changed much by experience or education, I will show that the crucial emotional competencies can indeed be learned and improved upon by children – if we bother to teach them.

Emotional intelligence therefore grounds children as people who can interact positively with others and continue to develop even as the playing field gets more difficult and challenging. This extends to shidduchim as well. The more we build our daughters’ base of self-esteem and self-confidence, the more successful she will be.

Yes! While there are always exceptions, teenage girls often experience significantly more stress around appearances – what they look like and how they dress. Teenage girls also deal with very different bullying than teenage boys do. Whereas male bullies will generally chose to attack a girl or boy who they do not like, female bullies will choose someone who they see as a rival. They will use tactics such as alienation, ostracism, exclusion, and spreading rumors to harass their peers. Girls will form alliances with other social groups in order to become more popular and have higher social status.

Girls use relationships to bully each other. This starts as early as preschool, when a girl realizes the supremacy of “I won’t be your friend anymore.” Relationships are of the utmost importance to girls in elementary and high school. They are the measure girls use to evaluate their own worth. By the third grade, the esteem and friendship of peers is nearly as important to girls as that of their families, and is more important than the esteem of their teachers. If someone threatens a girl with removing her friendship, she using the most powerful weapon in her arsenal. By threatening to withhold friendship and approval from other girls, she can effectively control a group of friends. Whereas bullying by boys is often addressed and condemned, social bullying by girls is usually brushed off as cruel but normal social interactions. 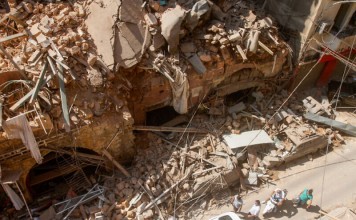 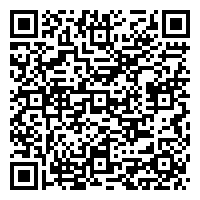