Chaim Schwartz* is the recognized genius of the class. He gets 100% on every test, understands the most difficult Gemaras and makes complicated math computations in his head in seconds. But for all his genius he can’t seem to make a single friend.

“I don’t know what it is about him, but he seems to almost push away people,” his mother says. “If I send him out to play, he’s bound to be home 10 minutes later, grumbling about how the other boys hate him. And his rebbi tells me that when he made learning groups, he thought that everybody would want to be with Chaim – but three times, the boys in his group asked to be switched.”

Chaim himself doesn’t know why he can’t make or keep friends. To him the playground is as challenging as a complicated algebraic equation might be for his less-brilliant classmates. He can’t seem to “get it” socially. Almost everything he says or does is rejected by his peers, and it appears as if the entire world is against him. Chaim believes his classmates are unfair. The truth is that he is pushing others away.

Although he is blessed with a high IQ, Chaim has a poor EIQ – Emotional Intelligence Quotient. He is unable to read nonverbal cues and understand when he is boring or annoying others. He also has a poor sense of personal space – he tends to invade the space of others by standing too close to his peers and touching them often. People feel uncomfortable in his presence – and often back away almost as soon as he approaches. That is a shame because Chaim has so much to offer to his classmates. But his social ineptitude is crippling him.

Chaim’s poor social skills may impact his life more negatively than someone else’s poor IQ. Experts now recognize that interpersonal skills are more vital to a person’s success in life than intelligence. The ability to make and maintain relationships allows people to succeed in school, marriage, at work and in all situations.

Like traditional intelligence, social skills are often innate, with some children naturally more emotionally intelligent than others. But the good news is that social skills can be taught. Chaim, and countless others like him, can up his EIQ with social skills training. He can learn to avoid negative behaviors that turn off others, and he can learn positive behaviors and skills that will enable him to achieve social success.

The first step in helping children with poor social skills is identifying them. There are many types of social skills, and children who could benefit from social skills training may exhibit different behaviors. Parents should take note if their child: 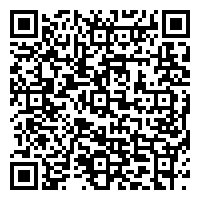