The Road Not Taken
Robert Frost

Two roads diverged in a yellow wood,
And sorry I could not travel both,
And be one traveler, long I stood
And looked down one as far as I could
To where it bent in the undergrowth;


Then took the other, as just as fair,
And having perhaps the better claim,
Because it was grassy and wanted wear;
Though as for that the passing there
Had worn them really about the same,

And both that morning equally lay
In leaves no step had trodden black.
Oh, I kept the first for another day!
Yet knowing how way leads on to way,
I doubted if I should ever come back.

I shall be telling this with a sigh
Somewhere ages and ages hence:
Two roads diverged in a wood, and I –
I took the one less traveled by,
And that has made all the difference.

Chip and Dan Heath examine these questions in their book Decisive: How to Make Better Choices in Life and Work. The Heath brothers identify the four villains of decision making that interfere with making good choices. I’ve outlined these four villains below:

Instead, Chip and Dan Heath suggest the WRAP method for making decisions. Below, I’ve explained their ideas to counterattack the villains of decision making:

Decisions will never be easy – but if you stay away from the four villains of decision making and make an attempt to WRAP it up, you just might be a more decisive and successful person!

Stubborn or Strong-Willed? Raising A Leader 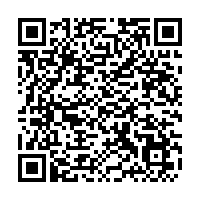