The principle goal of education in the schools should be creating men and women who are capable of doing new things, not simply repeating what other generations have done – Jean Piaget

In her new book, Mindshift: Break Through Obstacles to Learning and Discover Your Hidden Potential, Dr. Barbara Oakley takes Jean Piaget’s words much further. In fact, she might argue that the key to success is your life is taking the education you got in one thing and then making a complete career change and applying that old knowledge to something new.

I’ve written about Oakley’s work before, specifically about her book A Mind for Numbers: How to Excel at Math and Science (Even if you Flunked Algebra). In this earlier book, she argues that it is possible for anyone to train his or her brain to understand math. So, at age twenty-six, after what felt like a lifetime of believing she was terrible at math, she went back to school, got a second Bachelors degree, a Masters degree, and a doctorate all in math. Then, she wrote a book that provides everyone with tips to help them harness the powers of their own brains.

Now, Oakley has tackled the world of careers, and how you can use learning and change to harness creativity and success. She writes:

For decades, I’ve been fascinated by people who change career paths – a feat most often seen among the well-to-do, who have ample social safety nets. Even with plenty of support, however, a major career change can be as fraught as jumping from one high-speed train to another. I’m also interested in people who decide, for whatever reason, to learn the unexpected or the difficult – the expert in Romance languages who overcomes his deficits in math; the floundering gamer who finds a way to soar academically in competitive Singapore; the quadriplegic who shifts into graduate-level computer science and becomes an online teaching assistant. In an age when the pace of change is ever increasing, I’ve become convinced that dramatic career changes and attitudes of lifelong learning – both inside and outside of university settings – are a vital creative force. Yet the power of that force often goes unnoticed by society.

Oakley herself has had many careers: as a waitress, cleaning lady, engineer, stay-at-home mother, Russian translator, and university professor. She also teaches the immensely popular free online course entitled, “Learning How to Learn.” And, in her book she provides colorful examples of other people who have reinvented themselves time and again. Oakley and others reflect that what they learned in one career often enabled them to be creatively successful in the next phase of their lives. In particular, seemingly useless information from previous careers became powerful foundations for the next.

Mindshift focused on the importance of “a deep change in life that occurs thanks to learning.” In it, she argues that it’s time for something new – for people to grow as “mindshifters” and to change the world in creative and uplifting ways.

What does this have to with faking it?

In a New York Post article, Barbara Oakley explains that being called a fake is usually thought of as a bad thing, but when it comes to trying new things and new careers, it can actually be very beneficial. She explains that not having a lot of confidence in what you are doing can sometimes be something positive, as you are open to growth and new experiences. The ability to “fake it” as a mental tool is great way to get yourself to the goal of reinvention.

In the age of technology, when jobs are changing by the minute, knowing that you don’t always know the right answer but that you might be able to draw on prior knowledge from another situation can help you “fake your way.” Many people who switch careers in the middle of their lives feel that they are fakes, and this feeling is labeled “the imposter syndrome.” Those who are excellent mindshifters understand that they need to conquer those feelings of “imposterhood” and embrace them as new beginnings.

Do you have a growth mindset and are willing to learn from failure and move forward? Or do you have a fixed mindset and believe you are doomed to repeat your failure? The concept of mindsets and mindshifts are integrally connected – while mindsets encompasses all areas of your life, mindshifts are laser focused on switching your career and boosting creativity in all areas of your life.

The concept is so all-encompassing concepts, I am in the final stages of writing a book to help children understand how and why they can develop a growth mindset in order to succeed in school, work, and life! Barbara Oakley’s mindshifting concept uses that same idea with adults and the workplace. Sometimes we can all use a bit of a mindshift! 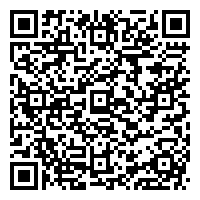