As a group of policemen walk by on the Temple Mount in Jerusalem, three Muslim children pull out toy rifles, and start screaming at the policemen as they “open fire.”

Their proud mother can be seen laughing as she films her future terrorists-in-training.


Other Muslims watching the shocking scene can be heard laughing in amusement as these brainwashed children shoot the police, just weeks after three Muslim terrorists murdered two policemen on the Temple Mount.

Is this what one teaches their children to do on a holy site? Murder policemen!

Video will load in a moment: 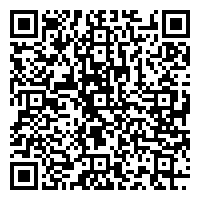