When parents come to talk to me about a troubled teenager, I often find it helpful to explore whether or not their marriage is causing their teenager to be at risk.

It’s no coincidence that difficult marriages create difficult children.  Children want their parents to be happy and they want their parents to be together. When things are going wrong in the parents’ relationship, children are often the first to sense that Mommy and Daddy are not getting along.  Even if parents say that they are only arguing behind closed doors, children can still sense that something may not be right.

The parents’ relationship may be one of the most important factors influencing a teenager’s behavior.  How parents learn to manage conflict between themselves can make a difference in their teenager’s lives.  Unresolved conflict has a tremendous negative impact. It directly affects the parties – the two parents – in the way they go about their daily routines.  And when parents become preoccupied with their own marital discord, teenagers can feel rejected, depressed and isolated from them.

Marital conflict affects teenagers in various ways. First, conflict between the parents tends to both change the mood of household interactions and shift the parents’ attention to the negative behaviors of their children. Second, parental conflict leads to parents issuing confusing and threatening commands to their children.  Third, children who are exposed to harsh disciplinary practices at home (which tend to coincide with a negative and hostile relationship between the parents) are more at risk for aggression, internalizing by withdrawing and depressive symptoms.

In addition, I have found that when teenagers are exposed to high levels of conflict between their parents, they don’t get used to it. They become more sensitive and reactive to it, which causes many of the symptoms of at-risk behavior. Even moderate amounts of parental conflict can wreak havoc on the lives of children, disrupting their sleep and causing negative feelings in their day-to-day lives.

In many instances, parents are unaware that they might channel their anger towards their spouse through their children. This “triangling” is a very dangerous pattern of behavior that can have serious implications for children and teenagers.

Here is how triangling works.  Suppose a wife is angry with her husband for not being affectionate towards her.  If she is unable to express her feelings to her husband in a direct way, she may unwittingly begin to use her children to communicate to her husband these feelings of displeasure and anger.  For example, she may turn to her daughter in front of her husband and say, “Oh, Daddy seems very tense today and I guess he has no time for the family.” In this case, the parent is unable to negotiate her own needs and inappropriately begins to involve her child in a private marital issue.

The child who is caught in a triangle like this has become an inappropriate conduit for the expression of the mother’s anger towards her husband.  When this happens, children can develop feelings of disillusionment, fear, insecurity and vulnerability. They also may feel that they have to take sides because they can’t manage the internal tension and the anxiety by themselves.  In these cases, they may see one parent as mostly bad and the other parent as mostly good. This is damaging to children because it reinforces an attitude by which they view the world in a “black and white” or in an “all or nothing” way rather than with a more balanced view – that there is good and bad in most people.

Here are some of the signs that suggest that family members are engaged in triangling:

Parental fighting affects children in varying ways depending on their age.  For example, teenagers around the age of fifteen or sixteen are most likely to involve themselves in their parents’ battles.   Younger children may keep their feelings hidden and may only show signs of depression in late childhood or early adolescence.  Other children may adapt to parental fighting by becoming “too good.” To stop the fighting, they try to become perfect children. These model children try to do everything right while walking on eggshells, fearing their family will collapse if they make a mistake.

Unfortunately more and more children seem to be growing up in families with marital conflict. The number of divorced Americans rose from “4.3 million in 1970 to 18.3 million in 1996,” and the trend is so well established that “40 percent of all children born in the 1970s and 1980s — today’s teenagers and young adults — have experienced the breakup of their family through divorce.” To this large number, add all the children whose parents are unhappy with each other but don’t divorce. It’s not hard to see that a substantial segment of the population grows up in very unhappy homes.

The Effects of Divorce on Children and Families

Here are some effects that divorce may have on children and teenagers:

Children whose parents have divorced are increasingly the victims of abuse and neglect. They exhibit more health problems, as well as behavioral and emotional problems, are involved more frequently in crime and drug abuse and have higher rates of suicide.

Children of divorced parents more frequently demonstrate a diminished learning capacity, performing more poorly than their peers from intact two-parent families in reading, spelling, and math. They also are more likely to repeat a grade and to have higher dropout rates and lower rates of college graduation.

Divorce generally reduces the income of the child’s primary household and seriously diminishes the potential of every member of the household to accumulate wealth. For families that were not poor before the divorce, the drop in income can be as much as 50 percent. Moreover, decline in income is intergenerational, since children whose parents divorce are likely to earn less as adults than children raised in intact families.

Religious worship, which has been linked to health and happiness as well as longer marriages and better family life, is less prevalent in divorced families.

Parents usually experience a lot of pain when divorced, and the most common ways of handling that pain are either to withdraw from their children or to become overprotective.  Children are sensitive to their parents’ feelings and have many ways of dealing with this trouble both internally or externally. Children may respond with depression or guilt, that somehow the pain is entirely their fault.  Most children have a never-ending hope that their parents will reconcile, even after one or both parents have remarried.  Therefore, a sense of abandonment by one or both parents is very common for such children and may contribute to at-risk behavior during adolescence.

Rabbi Daniel Schonbuch, MA, is a Marriage and Family Therapist specializing in marriage counseling and teens at risk. He is the author of “At Risk – Never Beyond Reach” and “First Aid for Jewish Marriages.” To order a copy, visit www.JewishMarriageSupport.com. For an appointment call 646-428-4723.

Mastering The Art of a Meaningful Marriage – SOUL TALK [audio] 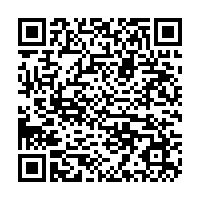