It still amazes me how the Internet has completely changed our lives and how we view communication these days. My children hardly believe me when I tell them that there was a time when being in touch with someone, meant we actually saw them, spoke to them on the phone, or wrote them a letter and mailed it.

The word communication is defined as the act of sending a message and the completion of that act occurs when that message is received. Today, communicating is so simple, maybe even too simple. With just a quick “point and click” on your computer screen you can let people know that you “like” or agree with something “posted” on a “page.” You can even brighten someone’s day by forwarding on the joke you got in an e-mail. Just like that; instant communication.

Like most people, I have a love/hate relationship with my computer and certainly with the Internet. The World Wide Web played a role in my divorce; allowing easy access for my ex-husband to “step out” and get to know other women from the safety and comfort of our home. At that time, more than 17 years ago, I was naïve and did not even know such a thing was even possible.

That experience certainly made me more than a bit wary of spending time on the Internet at all, but over the past decade it has begun to take on a greater role in my life.

I love the ease the Internet affords me. I am able to work from home, look up new recipes and keep in touch with family and friends. I thoroughly enjoy seeing pictures of my nieces and nephews who live far away and have even had the opportunity to join in family smachot that I would have otherwise missed.

Interestingly “social networking” has us considering people we hardly know as “friends”. I even heard a neighbor remark that she was just talking to a “Facebook friend” meaning they never actually met and only knew each other through their network of “online” friends. Hey, I enjoy connecting to new people as much as the next person, but can you really know and befriend someone based on a string of “statuses,” “comments,” blogs and “posts?” Everyone knows what we “like” and we seem to be “sharing” more of ourselves with the rest of the world.

Lately I have taken notice of the many ways this new era of instant communication and “social networking” has affected families of divorce and the blended family.

Take for instance an acquaintance of mine who is unfortunately going through a nasty custody battle. I understand and appreciate the importance of a good support system during trying times – I honestly do. But when your network of friends has topped 1000 and you feel a need to update your “friends” on how your divorce proceedings are going on a constant basis, something is awry. Do you need your entire list of “friends” to weigh in on every battle? Does posting that you had a bad day in court make the outcome any better? Does inviting everyone into your sorrow lesson the pain?

The misguided belief that venting via “post” and receiving encouraging “comments” is in any way a healthy response to a very frustrating situation is foolish at best – and may even be harmful.

Another “social networking” issue that has had a personal affect on my family is that this is the way my children are kept updated on their father’s life. I think it has been years since my son has had an actual conversation with his father, but his dad will send a quick 🙂 his way every so often. They found out about his third marriage, and his fourth divorce via Facebook. The message came through loud and clear when his status turned from “married” to “single.” On a positive note, a bond of sorts is retained and my ex-husband has a chance to become “friends” with his children and to meet his grandchildren. 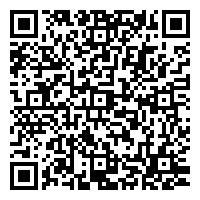