Teenagers are notorious for their mood swings and out of control emotions, including anger. Let’s look at the origin of these emotions. First, adolescents are going through a lot of physical changes. Second, for years, they have lived happily in the cocoon of their family and now suddenly they are gaining freedom and options outside of the home.

These two issues, plus physical changes and new independence, create a lot of confusion and angst in adolescents. They experience a real push and pull – if they grow as an individual, does that mean they are not going to fit into their family structure anymore? These conflicting emotions trigger painful emotions and often lead to adolescent anger.

At its heart, this anger is positive. It means that the teenager is growing into his or her own person and developing an identity that is separate from his or her parents. The American Counseling Association explains that it is how this anger is controlled or expressed that makes all the difference: “The problem is not anger, but that individuals frequently do not know how to manage anger.”

When you are angry, the natural reaction is to respond aggressively. Anger is a natural response to threats and it allows us to fight and defend ourselves when we feel attacked. Therefore, a certain amount of anger is necessary for our survival. Alternatively, we cannot simply act out each time something irritates or annoys us.

The American Psychological Association explains that people use a variety of conscious and unconscious approaches when dealing with angry feelings. Two of the main ways that people handle anger are expressing and suppressing. Expressing your angry feelings in an assertive (but not aggressive) manner is the healthiest way to approach anger. Being assertive means being respectful of others while still making sure that your own needs are met.

Unexpressed anger can lead to other problems, such as feeling perpetually hostile and cynical. If people are not able to constructively express their anger, they might end up putting others down, criticizing everything and making pessimistic comments. Not surprisingly, people who do not express their anger are not likely to have many successful relationships.

Anger is not an inherently bad emotion. Rather, it is how we deal with anger that makes all the difference.

Myths and Facts about the Teenage Mind

Teenage myth #1: Parents and teens just need to survive the adolescent years. The teenage years are all about pain, confusion, and terror.

Teenage myth #3: At the end of adolescence, teenagers become adults and are completely independent.

Teenage fact #1: The teenage years are not about surviving. They are about thriving. There’s a lot of work that takes place during adolescence that needs to happen so that they can develop core character traits for the future. Teenagers who test boundaries and who have the passion to explore are working on themselves.

Teenage fact #2: There are more hormones during the teenage years, but it is the changes in the way the brain is developing that actually motivates teenage behavior.

You might wonder whether its important to care about myths or facts? It’s all the same to you if you have a crazy teenager who is reacting to hormones or brain change. What Siegel challenges us to do is to use the power of the adolescent brain for teenagers and adults alike. He argues that if we label adolescents as crazy and immature, we can expect them to be that way. If, instead, we react to “adolescence as a time of intensity, creativity, and social exploration, we will give them the ability to develop and explore.”

What is he suggesting? Well, for starters he is asking all of us, adults and teenagers alike, to be aware of the way we think and how we feel. He calls this mindfulness. And argues that we have to think about how to think. When we are mindful, we do not have knee-jerk reactions to events. Instead, we are thoughtful and respond to situations with poise and calm.

He writes, “Mindfulness in its most general sense is about waking up from a life on automatic, and being sensitive to novelty in our everyday experiences. With mindful awareness the flow of energy and information that is our mind enters our conscious attention and we can both appreciate its contents and come to regulate its flow in a new way. Mindful awareness, as we will see, actually involves more than just simply being aware: It involves being aware of aspects of the mind itself. Instead of being on automatic and mindless, mindfulness helps us awaken, and by reflecting on the mind we are enabled to make choices and thus change becomes possible.”

Want to get a handle on anger? Try mindfulness. It will give you and your teenagers a chance to understand and react with poise and calm. 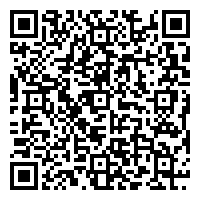