“A man without self-control is like a city broken into and left without walls.”

Do you ever feel so worn out after forgoing dessert all Shabbos that you snap at the person sitting next to you?

After a long day at work, do you yell when you stumble across your children’s shoes on the stairs?

When you wake up early to go for a run and come home to an inbox full of work emails, do you want to close the computer and ignore them?

All the situations above have one thing in common: self-control or willpower. It turns out that willpower functions like a muscle – it gets worn out with overuse and can be strengthened with exercise. But, before we get to how to strengthen it, let me explain what I mean by willpower and why it is so important.

In their recent book Willpower: Rediscovering the Greatest Human Strength, psychologist Roy Baumeister and The New York Times science writer John Tierney explain just how important self-control is. “When psychologists isolate the personal qualities that predict ‘positive outcomes’ in life, they consistently find two traits: intelligence and self-control. So far researchers still haven’t learned how to permanently increase intelligence. But they have discovered, or at least rediscovered, how to improve self-control.”

Baumeister and Tierney argue that willpower lets us change society and ourselves in both small and large ways. Baumeister research showed that willpower gives people the strength to persevere and that they lose self-control when their willpower is drained.

The authors explain that now that we know willpower exists as a trait that can be exercised, depleted and strengthened, scientists have “come to realize that most major problems, personal and social, center on failure of self-control: compulsive spending and borrowing, impulsive violence, underachievement in school, procrastination at work, alcohol and drug abuse, unhealthy diet, lack of exercise, chronic anxiety, explosive anger. Poor self-control correlates with just about every kind of individual trauma: losing friend, being fired, getting divorced, winding up in prison.”

Scientists have also concluded that improving your willpower is the most assured way to improve your life.

A famous study conducted in Stanford University in the 1960s, often dubbed the “marshmallow study” tested children on their self-control. Very young children were handed a marshmallow and told that they could get a second one if they waited until the researcher came back in the room in order to eat the first. Some children ate the first one right away and did not receive a second, but others sang or talked to themselves in order to avoid eating the marshmallow. Eventually, when the researcher returned, those children received a second marshmallow. The researchers then followed those children for the next several decades.

What the researchers found astounded them. Those children who had managed to control themselves in order to get the second marshmallow had more successful marriages, careers, and lives in general. The ability to control themselves and delay gratification allowed them to set goals and achieve them even if it meant being patient. Therefore, waiting allows people to make better decisions in the short-term, and smarter decisions over the long-term.

Baumeister and Tierny write, “The children who had managed to hold out the entire fifteen minutes went on to score 210 points higher on the SAT than the ones who caved after the first half minute. The children with willpower grew up to become more popular with their peers and teachers. They earned higher salaries. They had a lower body-mass index, suggesting that they were less prone to gain weight…”

The Universality Of Wisdom 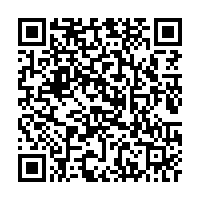