Rabbi Samson Raphael Hirsch, one of the great Jewish leaders and thinkers of modern times, asks us to take notice of a strange incident that occurred in the days of Moshe. After Moshe left Egypt with a multitude of people, his father-in-law, Yitro, criticized him for the way he was arbitrating disputes among the Israelites:

What are you doing to the people? Why are you sitting alone and letting all the people stand around you from morning until evening? And Moshe replied to his father-in-law: Because the people come to me to seek God. Whenever they have a problem, they come to me, and I judge between man and his neighbor, and I teach God’s decrees and laws. And Moshe’s father-in-law said to him: What you are doing is not good. You are going to wear yourself out, along with this nation that is with you. (Shemot 18:14-18)


Yitro then suggested that Moshe reform the existing legal system so that only the major problems would be brought to his personal attention while minor disputes would be decided on by a large number of wise people who would assist him. “It will make things easier for you, and they will share the burden. Moshe took his father-in-law’s advice and did all that he said” (Ibid 18: 22, 24).

Rabbi Hirsch poses a very simple question: Could Moshe not have determined this on his own? Did he not realize that he was exhausting himself and it would not be long before he could no longer cope with the situation? One does not have to be a genius to recognize the problem. Moreover, Yitro’s suggested solution is basically a simple one and does not require any extensive judicial knowledge. So why did Moshe, who possessed great wisdom, not think of this himself?

Before studying Rabbi Hirsch’s comment we would like to pose another question. We are informed that at the end of Moshe’s life “His eyes had not dimmed and his vigor was unabated” (Devarim 34:7). His physical strength was beyond average, and indeed we do not see that Moshe ever got tired (except in the case of the Jews fighting Amalek, when his hands did become heavy (Shemot 17:12). It is therefore strange that Moshe suddenly felt weary while judging the people. We would not have been surprised to read that Moshe told his father-in-law not to worry, since he was untroubled by fatigue and he could easily handle all those who came to see him.

Moshe, however, made no such claims. Instead, he seemed most eager to implement Yitro’s suggestion. We must therefore conclude that he did indeed feel extremely tired!

Our question, then, is obvious. Why did he suddenly feel weary? Would the man who was without food and water for forty days at the top of Mount Sinai not have been able to sit from early morning until late at night to judge the people without exhausting himself? Why did God suddenly deny him his usual though unprecedented strength?

All this aside, we would suggest that God had good reason to ensure that Moshe actually maintained his strength. As the great leader and teacher of Torah, Moshe desperately needed to stay in contact with all of his people. The best way to accomplish this would be by guaranteeing that he would see them on a regular basis. Once he would no longer encounter all of them, they would become spiritually distanced from him, and he would be unable to teach them in the manner to which he was accustomed. (Indeed, this seems to have happened after he implemented Yitro’s advice!) So what were God’s motives in causing Moshe to suddenly feel tired?

We may now refer to Rabbi Hirsch’s observation:

Nothing is as instructive to us as this information regarding the first legal institution of the Jewish State, coming immediately before the chapter of the Law-giving. So little was Moshe in himself a legislative genius, he had so little talent for organizing that he had to learn the first elements of state organization from his father-in-law. The man who tired himself out to utter exhaustion and to whom of himself did not occur to arrange this or some other simple solution, equally beneficial to himself and his people, the man to whom it was necessary to have a Yitro to suggest this obvious device, that man could never have given a constitution and Laws out of his own head, that man was only and indeed just because of this the best and the most faithful instrument of God. (The Pentateuch, tr. and commentary by Samson Raphael Hirsch, rendered into English by Isaac Levy (Gateshead: Judaica Press, Ltd., 1989).

In other words, Moshe, in spite of his immeasurable talents and abilities, lacked basic insight into how to administer proper judicial process. God denied him this insight to prove to later generations that he could never have been a lawgiver and that the laws of the Torah were not the result of his superior mind.

I would like to suggest a second reason. God denied Moshe his usual strength so as to allow a non-Jew to come forward and give him advice! The Kabbalist Rabbi Chaim Ibn Attar, known as Ohr HaChaim (1696-1743), indeed alludes to this when he writes that the very reason why God caused Yitro to come and visit the camp of the Israelites was to teach the Jewish people that although the Torah is the all-encompassing repository of wisdom, gentiles, while not obligated to observe all its laws, are fundamental to its success and application. There are areas in which Jews do not excel and where non-Jews are much more gifted. One such area seems to be judicial administration skills.  (Shemot 18:21)

Judaism has never been afraid to admit that the gentile world incorporates much wisdom and insight. While Jews have to be a nation apart, this does not exclude its need to look beyond its own borders and benefit from the wisdom of outsiders.

“The gentile world may not posses Torah, but it definitely does possess wisdom.” (Eichah Rabati 2:17)

It is this message that God sent to His people only a short while after He had delivered them from the hands of the Egyptians. Due to their experience in the land of their slavery, they had developed such animosity for anything gentile that they became utterly convinced that mankind at large was anti-Semitic. God immediately crushed that thought and sent them a righteous gentile by the name of Yitro, to impress upon them that the non-Jewish world includes remarkable people who not only posses much wisdom but actually love the people of Israel and contribute to Jewish life.

Moshe’s sudden weariness and God’s decision to deny him his usual strength is therefore highly informative. The Jew may begin to believe that he is self-sufficient and can do it all alone. This attitude, rooted in his conviction that all gentiles are anti-Semitic and therefore not to be relied upon, could lead not only to total isolation but also to an air of Jewish arrogance contrary to God’s will. By allowing Moshe to become exhausted, God made sure that he would indeed require the knowledge from someone else.

At the same time, it kept Moshe humble.

By designating Yitro to be the father-in-law of the most holy Jew of all times, God made it crystal clear that He would not tolerate any racism and that even a righteous gentile could climb up to the highest ranks of saintliness. Only after that message was sent were the Jews ready to enter the land and begin their life as an independent nation. 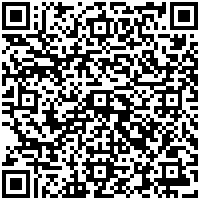