Just a few days ago, I bumped into a former student in the supermarket. When she saw me, she stepped away from her shopping cart full of fruits and vegetables and warmly hugged me. “Mrs. Schonfeld, I wanted to tell you something that you said to me a few years ago that has stayed with me until today.” We had worked together on social skills to help her feel more comfortable when meeting new people. I tried to jog my memory and remember something specific I had said to bolster her confidence, but nothing particularly stood out. Instead, I smiled and said, “Yes, Sarah, what was it that I said?”

Her eyes filled with tears and she revealed, “You mentioned that when I smile, I often smile with my eyes too and that my whole face lights up. You told me that my sincerity comes through when I genuinely smile. As I was going on shidduchim, I would always remember what you said about my smile and would hope that others felt the same way. And then, when I went on a shidduch with someone who seemed really special, I had a stronger belief in myself. Most importantly, I didn’t hesitate to smile. And, now we are married and already have our first child.”


I congratulated Sarah, chatted with her for a few minutes, and then continued with my shopping. As I was picking out my string beans, I began to think a troubling thought. One comment that I had made to Sarah several years ago had influenced her in wonderful ways. Yet, I did not even remember making the comment. Of course, in this instance, the comment I made was positive and helpful. However, what about comments that might have indirectly hurt one of my students? Years later, an accidentally ill placed comment could still have a negative effect. Simple words can have such a huge outcome on those around us. That’s why we have to be so careful about both what we say and the way we say it.

Sticks and Stones Can Break My Bones,
But Words Will Last Forever

Many of us remember our parents telling us that if people called us names or hurt our feelings, we should simply tell ourselves, “Sticks and stones can break my bones, but words will never harm me.” Unfortunately, that logic does not hold true. In fact, verbal abuse can be as harmful, if not more, than physical abuse.

The New York Times reported several extreme instances of verbal abuse or bullying. In March, 2007, 17-year-old Eric Mohat shot himself after a long-term tormentor told him in class, “Why don’t you go home and shoot yourself; no one will miss you.” More recently, Carl Jospeh Walker-Hoover, an eleven-year-old boy from Springfield, Massachusetts hung himself after being incessantly hounded by classmates about his appearance.

The instances above are radical cases of verbal abuse and bullying; however, they illustrate the power of words and their effect on children’s psyches. Often, we underestimate the consequences of our comments, but even seemingly innocuous comments can have disastrous results. A poem by Chani Zirkind beautifully demonstrates how five simple words can change a person’s life:

I burst out laughing when I heard her say,
The funniest joke I heard all day.
She didn’t say one, she didn’t say two,
I marveled at what her humor can do.
I was sitting here just moments ago,
A little bit bored and a little bit low,
And in she walked with her comments and all,
And my gloominess left with no trace at all!
I wondered what part she had in the play,
I heard took place in the school yesterday.
I sat and imagined the friends she attracts,
Her lucky campers with whom she interacts.
Baruch Hashem for a talent like hers!
Creating happiness just out of words…
Words
I’m not so sure
Words
There’s more to her.
What I thought
isn’t true
Because of what
words
can do.
I’ve seen her true self with family at home,
But once she steps out her humor’s unknown.
Yes, she’s tried to tell others her jokes,
But what occurred put down her hopes.
Someone said five words, no more,
That closed her in, closed up her door.
Her self-confidence to never give up,
Was lost in a comment,
“I thought you grew up.”

Miriam Adahan’s book Sticks and Stones: When Words are Used as Weapons transplants the discussion of verbal bullying into the realm of Jewish thought. Rashi explains that Lo sonu (Vayikra 25:17) refers to hurting others with words – ona’as devarim. There are multiple examples of ona’as devarim: 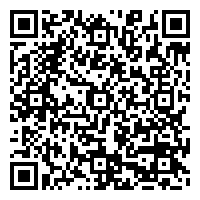