The Jewish presence in India is relatively small today; however, the country was once home to a number of thriving Jewish communities. The Indian Jews were successful merchants and had a substantial impact on trade throughout the world. Although it is unknown when the first Jews settled in India or who they were, one theory is that they were Israelite merchants sent by King Solomon to import precious goods, such as gold, silver, ivory, monkeys, and peacocks for his kingdom.

Much of what is known today about the Jewish communities of India comes from writings dating back to the 9th century left by merchants and travelers. Many documents were discovered amongst a trove of primarily medieval papers in the Cairo Genizah at the end of the 19th century. Other sources include the Rambam, in one of his famous letters; Marco Polo, in the journal he kept during his travels, and Benjamin of Tudela, a medieval Jewish traveler who recorded his observations of Jewish communities in Europe, Asia, and Africa.


From the records we learn that, unlike European and Middle Eastern Jews, Jews in India were treated the same as any other citizen; they were often autonomous and experienced little persecution. Members of at least one community were well respected and had a close relationship with the rajahs they lived under. Nevertheless, only three communities have stood the test of time: the Bene Israel, the Cochini, and the Baghdadi Jews.

The Bene Israel (B’nei Yisra’el), the largest Jewish community in India, have a murky history. Their tradition tells of a ship that set sail from ancient Judea fleeing persecution and crashed on the Konkan coast. Only seven men and seven women survived to settle there, while the bodies of those that washed ashore were buried nearby on a site that would later become the Bene Israel Cemetery. Any religious articles and books were lost at sea.

According to one belief, this event transpired during the tyranny of Antiochus toward the end of the Second Temple period. Others maintain that it occurred during the First Temple period under the Assyrians, and that the ship’s passengers where descendants of one of the lost tribes.

Whatever their origins, the Bene Israel remained isolated from other Jews for centuries, adopting the customs, dress, and language of their gentile neighbors. Nonetheless, they strived to maintain their Jewish traditions, having only their memories to guide them. Eventually, not working on Shabbos, keeping kosher, performing brit milah, and reciting the Shema – which they did only on Rosh Hashanah, Yom Kippur, Succos, and Purim – were all they had left.

The mysterious David Rahabi is credited with reintroducing the Bene Israel to their heritage. It is not known for certain where he came from or who he was, but one version of the story states that Rahabi was a Jewish Middle Eastern merchant who, while in India, was told of a community in which the people did not work on Saturday. Interested, he went in search of them. One day, in a market place, he noticed women who appeared to be specifically buying only fish that had fins and scales. Deciding to investigate further, he bought two fish, one kosher and one non-kosher and offered both to one of the women. The woman promptly refused the non-kosher fish, but accepted the kosher one, explaining that in her community they only ate fish with fins and scales. Rahabi quickly discovered that the community kept some of the Jewish traditions, but were ignorant of most, and, so, he took it upon himself to teach them.

It has been surmised, however, that David Rahabi was actually David Yechezkel Rahabi from Cochin, who it is known to have heard of the Bene Israel. In this account of the story, Rahabi went to the community and brought back to Cochin three young men from prominent Bene Israel families. He educated them in the tenets of Judaism and prepared them to become the religious leaders of the Bene Israel, kajis. Kajis were not only leaders, but educators, and judges as well. Like with kohanim, whose line did not exist among the Bene Israel, only descendants of kajis could hold the title.

Rahabi’s efforts brought the Bene Israel closer to their Jewish heritage, and in the 19th century their knowledge of Judaism increased even more. When the ruling British lifted India’s ban against proselytization, American missionaries arrived and opened schools for the Bene Israel. Students were taught Hebrew in addition to English and other secular studies. In hopes of converting the population, the missionaries supplied them with both Christian and Jewish texts, which had been translated to Marathi. The Bene Israel were receptive to the Christian efforts in education, but so solid were they in their religious convictions that conversion efforts failed overall. In fact, their faith became stronger. Their response to missionary arguments was, “We do not know the replies to your questions; our learned men elsewhere do. Ask them.”

The Bene Israel eventually undertook translating and publishing works from Hebrew to Marathi for themselves until they were able to access Jewish books published in English from abroad. Before long, their feelings of isolation diminished.

As they became more educated, they relocated to Bombay (now Mumbai). Since the British viewed them as somewhat superior to their fellow Indians, they were not subject to the same racial discriminatory policies. In fact, many were able to obtain prominence, often gaining higher and better paying positions within the British army.

The Bene Israel warmly welcomed the Baghdadi Jews when they arrived in Bombay. Although the Bene Israel had become more observant, they still had a lack of knowledge in various aspects of halacha and were greatly influenced by the Orthodox Baghdadis, eventually adopting Sephardic traditions, which they still follow today.

The Jews of Cochin

The Cochini are arguably the oldest of the three surviving Jewish communities in India. Their history tells of Israelites landing on the Malabar Coast, at the ancient port city of Shingly (Cranganore) in 72 CE, two years after the destruction of the Second Temple. They were immediately welcomed by the rajah who gave them land on which to settle. They prospered as spice merchants, petty traders, government officials, agriculturists, and soldiers.

Unlike the Bene Israel, they never lost their knowledge of Torah and halacha. Benjamin of Tudela commented that Jews of the Malabar Coast are “good men, observers of the law and possessors of Torah and the Nevi’im, and some little knowledge of the Talmud and its decisions.”

In the mid-14th century, a cyclone and floods so completely destroyed the harbor in Shingly that it was no longer able to function as a port. Most Jews migrated from there to Cochin, another port city, for which they are now named.

Nonetheless, Jewish life continued in Shingly for nearly two hundred years until the city was conquered by the Portuguese. The anti-Semitic Portuguese brought the Inquisition with them and caused the dissolution of the Jewish community. The trauma of events was so great that, to this day, tradition dictates that no Jew may spend even a single a night in Shingly. In addition, it was once customary to place a handful of earth from Shingly in the coffin of every deceased Cochin Jew. 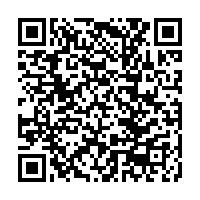