I recently saw a movie based on a true story about a well-known black musician, who performed in front of large white audiences in the southern part of the United States in the early and mid-sixties. During this time period, black Americans in those parts of America were not accepted in the same category as the white folks.

The movie goes on to show how unlikely it was to ever imagine that things could be different between the races. This colored musician would come to the place where he was invited to play. He would put on the show of his life each time. The crowd would clap and give a standing ovation. But then when he was finished performing and wanted to use the restroom or eat something in a restaurant or be out late after hours, he was treated like a slave. It was so humiliating and insulting. But he was determined to make a change for all the generations to come.

This act of sacrifice and of looking ahead to what will come of one’s actions in the future is the secret of teshuva (repentance).

This Shabbat is Rosh Chodesh Elul. This is a month with tremendous potential for change. People can take upon themselves to repent and change a certain way of behavior. A person can decide not to answer back when being yelled at, or not to answer another person unless he feels love in his heart. At first this might be very hard and feel almost impossible. It is a major achievement to overcome our natural inclination to do something. Instead of reacting to a certain situation, we choose our response. Each time we choose, we are changing our future, and thereby impacting all the future generations.

What differentiates us from all other creations of Hashem, such as animals for example, is our ability to choose and make change. Sometimes we try to make changes, and as hard as we try it doesn’t seem like we are making a difference. Sometimes we don’t see the change although it is occurring slowly. The hard work that we do for a good cause has great value and influence. But people always want quick results. We always want to see the positive outcome right away.

The month of Elul wakes us up. It gives us a chance to change for the good. While it is true that we constantly want to be growing, this month our entire focus is on that goal. Every thought and action that we take in a positive direction – in fact any action we take for better or worse – has an effect. There is both an immediate effect and an underlying long-term effect.

If a person steals, he feels glad because he got what he wanted, but that joy isn’t long-lasting. And let’s say that the person gets away with stealing in this world. In the world to come, every deed is written down and we are accountable for all our actions. On the other hand, if a person does a good deed, or holds his tongue instead of answering someone back harshly, here too he might see the reward immediately, or he might not see it until after 120 years – but it is all written down.

It’s hard work trying to do good and not necessarily seeing the positive outcome. But if we constantly have in mind the bigger picture and a purpose for all we do, this will give us the strength to change and to do good even when we don’t see the final outcome.

Our prayers are very powerful. Moshe Rabbeinu prayed to G-d to let him into the land of Israel. Hashem knew that this wasn’t the right outcome. However Moshe prayed and prayed and hoped to be answered. And sure enough the Torah teaches that G-d said to Moshe, “Don’t keep on praying that I will let you into the land of Israel, because if you pray even one more prayer I will have to let you in – once the number of prayers you offer fills the quota, I will have to fulfill your request to enter and it won’t be good for the people of Israel.”

All this was to teach us how powerful prayer is. That even if we pray for something and we don’t see the outcome, or the request isn’t answered, those prayers are saved in a special place and every time we pray for that same thing, we bring its fulfillment closer to us.

With Elul here and the New Year just around the corner, let’s pray for and try to bring about positive change for ourselves and for the nation at large. 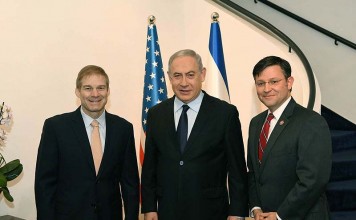