At a recent meeting in Albany with the American Jewish Committee, Darling, who is Black with British and Caribbean ancestry, said she was glad the presentation pointed out that not all Jews are white.

“Someone had on a shirt in the AJC presentation and it said, “This is what Jewish looks like.” I was so impressed with that approach and that campaign, that’s what made me so comfortable to share that,” Darling exclusively told The Jewish Press.

She also went on a trip with the Jewish Community Relations Council in February 2020 to the Holy Land with her fellow members of the Assembly.

“I shared that with some of my colleagues on a trip to Israel. It was like a homecoming for me,” Darling recalled. “My father, who was looking for what we are all looking for in religion and spirituality – answers, in a place to feel safe, to feel at home – he converted [from being a member of the Church of England to Judaism]. That was a large part of my childhood and his life and the peace that he found. I was happy he was able to leave and transition from this Earth feeling that he belonged and found a home.”

“When [my father] died, my mother was devastated. For the first time in my life, I saw her turn her back on her religion and what she believed. It took her ten years to come back. She was very angry. Anger is a secondary emotion and so powerful.”

Then Darling started to recall stories she heard as a youngster from two and three previous generations.

“My dad’s mom was biracial – white and Caribbean from the island of Trinidad. She decided her children would be raised in the Church of England. They lived in London and my father often shared stories of the horrible experience he had in the many private schools, particularly the Catholic schools he attended. The nuns treated him poorly in the 1960s and 70s. It was a really hard time. The nuns didn’t treat him well because he was Black and darker skinned than the other school children. He was always in trouble with the headmistress. He was punished and beaten with rulers. It was really crazy stuff and intense. For him, this is not what religion is about. This is not what makes me feel good about religion. He dealt with a lot of racism,” Darling said.

At the root of her father’s family history, the trauma was just as daunting.

Through all the traumatic experiences in her history that led to the present day, Darling said, “I sometimes think about converting to Judaism. My trip to Israel has changed my life in so many ways. These are my people. I have friends who live in Israel. Israel felt like home for me. I just felt like I belonged. I haven’t felt that way in a lot of places. I’ve been mostly considering the conversion.”

Darling considers herself a “non-denominational Christian,” and says she follows some Jewish practices. “We’ll have Shabbat dinners and celebrate Chanukah. I celebrate the holidays my dad would celebrate.”

Her husband, Reginald Rene, was raised a Seventh-Day Adventist, Darling said. “He picks and chooses what parts of the religion he wants to hold near and dear. We have a new little baby so that conversation is coming up a lot more. He visited Israel. He’s pretty much a religious historian. He loves religion and he really does love the Jewish faith as well. We collectively embrace the centric family focus. Other religions say that but with the Jewish faith, that’s the only faith where I’ve seen where you’re not going to see them on Friday evenings. You’re not going to see them until Saturday after sundown. They don’t play with their holidays. During their holidays they are actually with their families. That’s what we want. We want things centered around a lot more calm, a lot more G-d, and a lot more family. Honestly, the Jewish faith is what really hits home for me in that realm.”

Darling is also thinking about the welfare of her newborn baby, Lorde-Khai, and how Judaism fits with her upbringing. Darling has two other children, Ford-Kate and Monroe-Day.

“It would be a seamless transition,” she said of her husband’s Seventh-Day Adventist upbringing. “He doesn’t touch pork, doesn’t touch shellfish. His parents watch the baby for us and on Friday they spend the whole day cleaning the house, cooking and preparing for the Sabbath. Now that I am back from Albany, I can spend more time focused on family. The peace my child has there is unlike any other. It’s amazing. That comes, once again, from their faith. It’s a large part of who they are.”

Darling, who is in her second marriage and refers to her spouse as her forever husband, understands that converting to Judaism does not come easy and is a long-term commitment.

“The reality is, I would definitely need to spend some time with a rabbi,” Darling admits. “There are a couple of rabbis out here who are super amazing. I’m pretty unconventional. I like to be in spaces that accept me as I am while still providing guidance and structure. I met a couple of rabbis that follow suit with that.”

Two of those rabbis are Rabbi Michael Cohen, spiritual leader of the reform-oriented, Rockville Centre-based Central Synagogue, Beth Emeth, and Rabbi David Lerner, the spiritual leader of Rockville Centre-based Congregation B’nai Sholom-Beth David, an egalitarian, multigenerational Conservative synagogue serving Rockville Centre, Lynbrook, Oceanside, and the surrounding communities and open to all who wish to worship, according to the synagogue website. The rabbis were not available for comment. Darling is also considering other rabbis.

“Speaking with them now would be the first step,” Darling said. “Gaining knowledge and learning about the process. From one of my favorite TV shows I learned that you have to go to visit the rabbi three times to show you’re serious. I’ve learned some things about the conversion process. I definitely want to do more research that way.”

Living within walking distance of an Orthodox community is essential, as Jewish life cannot best be learned from books or classes, but needs to be observed and experienced firsthand, as in learning how Jewish parents conduct their Shabbat table or how a Jewish homemaker koshers and prepares for Passover. While the particulars of observance can be learned from books, the totality of Jewish living can only be internalized by participating in an observant, learned and learning community. It is important for a conversion candidate to have multiple teachers to help provide a more comprehensive education, as well as to recognize legitimate variation within the observant Jewish world. Requiring the candidate to live within walking distance of an Orthodox community not only makes requisite Shabbat observance possible, but also increases his or her communal integration.

Developing a broad base of friendships and connections within the community will also deepen the candidate’s initiation into and identification with the Orthodox community. Likewise, while it is important to foster a good relationship between a conversion candidate and his or her rabbinical guide, multiple lay and professional mentors and teachers will properly cultivate the candidate’s Jewish bond to Hashem (G-d), Torah and community, rather than a dependent, charismatic attachment to a rabbinical figure. In sum, an effective conversion process requires living within a supportive and inviting community in which the candidate can find teachers and a defined course of self and partnered study and enrollment in community classes. Applying one’s formal and informal learning, which leads increasingly to religious practice under the supervision of a guiding rabbi is central, whether one converts in the United States or in Israel.

Darling, an enrolled Democrat, represents the 18th Assembly District, encompassing the municipalities of Lakeview, Roosevelt, Hempstead, Uniondale and Freeport. It is a mostly Black district with a sizable Jewish constituency, according to Darling. First elected in 2018, Darling came out of nowhere as a person not enrolled in any political party, but received permission from party leaders to run on the Democratic line, defeating a 30-year incumbent, Earlene Hooper, in the primary election. Darling defeated Hooper, one of the most senior members in the Assembly hierarchy, by 822 votes (53.5 percent to 46.5 percent) in the 2018 primary. Darling defeated her Republican opponents in 2018 and 2020 by more than 80 percent of the vote. She ran on the platform of being accessible to her constituents.

“I ran on accessibility and boy, can my constituents access me,” Darling said with a combination of pride and exhaustion. “People know how to find me one way or another so that works.”

She is an avid chess player and was nationally ranked as a youth. Darling enrolled in Spelman College at the age of 16 and was accepted into a doctoral program in psychology at age 19, attending Argosy University.

Darling is the chairwoman of the Assembly Subcommittee on Foster Care as well as being a member of six other Assembly committees, including Children and Families; Economic Development, Job Creation, Commerce and Industry; Local Governments; People with Disabilities; Small Business; and Transportation. 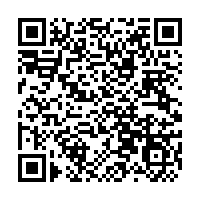