Few people have served longer in local and state government and in more diverse capacities than current New York State Comptroller Thomas P DiNapoli. His bipartisan reputation as honest, reliable and dedicated to office has ensured his reelection time and time again while others have fallen. DiNapoli, who is running this November for a fifth term, took a moment to share with The Jewish Press the secret to his staying power and why the BDS movement is a no go for New Yorkers.

The Jewish Press: You’re probably not surprised when I say not everyone knows exactly what your job entails. Please explain the importance of the role of State Comptroller.

DiNapoli: I always say I have the best job in state government – but it’s the one where no one knows exactly what I do. I’m basically the chief financial officer for the state. Unlike the legislature, we don’t decide how much is spent on what programs – instead, once the budget is set, we follow the money and make sure it is spent where it is intended, and that it’s being spent appropriately, and that there is no fraud against the state. We review and approve contracts, vendors and non-profits and local government grants, and we also audit local and state governments programs. And I also serve as trustee for the state pension fund. We have 1.1 million New Yorkers who are a part of the state pension system, and we invest the money to make sure we have enough money to pay for the pensions. Also, we have a whole separate office to monitor the New York City budget -because it’s such an important part of the state, the MTA, and issues such as – especially in the wake of covid – how the economy is recovering. That’s not everything we do but that’s a lot of it. So, a lot of what we do may not be visible to people but it’s very important and if we screw up people certainly notice it!

So if we don’t notice a problem with how our government is running- it means you’re doing your job. The Comptroller’s office is like the heroes behind the scenes. How much manpower does it take to run your office?

Yes, for a Comptroller no publicity is not such a bad thing! Our office is about 2800 people, many of them work in offices around Albany but they are also spread across the state and of course a large number are on the New York City team. One reason why I love being the state comptroller is that I get to work with a really dedicated group of people. It’s important work for New Yorkers and many of my people have been in this office their entire career… because they believe in the importance of this office.

You were 18 when you first ran for public office. How does a young man come to accept so much responsibility at such a young age?

I turned 18 the first year 18-year-olds were allowed to vote. And I was a senior in high school when I was elected school president. I would attend the board of education meetings, and I didn’t like some of the things that were going on in the school district. So, I decided to run for a seat on the board. And since at 18 I was allowed to vote – I was also allowed to run for public office. I served on the board of education for 10 years, as well as two terms as board president.

You followed that up by running for New York State Assembly where you held office from 1987 to 2007. After former Comptroller Alan Hevesi resigned in 2006, you were chosen by your peers to take over as Comptroller by a vote of 150 to 56. That’s quite a sign of confidence. Now, four terms later- do you feel it was your destiny all along to become State Comptroller?

Yes, I was very fortunate to have a lot of Republican and Democratic support when I first came into office. Destiny is an interesting way to put it – but perhaps it was. I had been in legislature for 20 years, chair of a number of committees, 15 years on Ways and Means committee, many of the committees that played a role in state finances. So, it was an opportunity – unfortunately the office did not have a great reputation ethics-wise when I inherited it, and the challenge was to restore credibility and integrity in the office. I’ve been viewed as someone who is less partisan and someone who doesn’t get involved in a lot of controversy. So, I certainly felt I could be the one to restore integrity in the office and hire the right people to get the job done.

The role of the Comptroller is to be independent. So, you need to hire a smart team of people and I’m very proud of the team we’ve put in over the years – and we have right now the best team we’ve ever had and because of that the government continues to function.

The New York State pension fund is currently around 272 billion, the state budget is around 220 billion. You have a reputation as one of the best-run retirement funds in the country. Earlier this year, an independent report by Kroll LLC stated “The CRF, under the leadership of the (current) comptroller, continues to be a leader amongst its peers for management and operational transparency.” What are you doing right to maintain such a standard year after year?

We got very high marks because we are so strong, even though the markets are in a difficult time period. We have the strength to get through this period and still have the money to get through it and in the future as well.

Much has been said about your Republican opponent, Paul Rodriguez’s impressive resume. That said, you have 10 years with the board of education and 10 years with the New York State Assembly before your many years as Comptroller. What can experience bring to the table that a fresh new face just can’t compete with?

I think when you’re going through a turbulent time, like Covid 19, experience matters. Unfortunately, in New York a lot of people have gotten into trouble or had to resign as Comptroller. I’ve served with 4 governors, 4 attorney generals, and several majority leaders and speakers. Some people thought I should have run for governor when Andrew Cuomo dropped out – but I said I have a great job, so I want to stay right where I am because I know how important this job is and I have the experience and the track record to weather this time period we are going through – and with all due respect to my opponent I don’t think he has anywhere near the kind of experience managing a public organization needed at a time of great challenges such as now.

Your office has been pro-Israel in its business practices and has held true to upholding state regulations regarding companies engaging in BDS (Boycott, Divestment and Sanctions) against the State of Israel. Tell us more of what that looks like and why it’s important for all New Yorkers.

From the investment perspective we have ramped up our investments in the state of Israel. We are the largest state investor in the US in Israel bonds and we have significantly invested in Israeli companies. We just added a 400 million allocation to a group in Israel. And we set up- since 2016 – that for the pension that any company that engages in BDS, we done want to be invested in. So, we assessed Unilever and we felt Ben and Jerrys was indeed BDS so after pressing the company we sold our stocks. people ask why we get involved and I tell them we have 1.3 billion invested in the Israeli economy so BDS which seeks to harm the Israeli economy harms us as well. It’s in our best interest and also there’s a strong connection that New Yorker’s feel to the state of Israel, and so I’m very proud of how we’ve managed these issues. 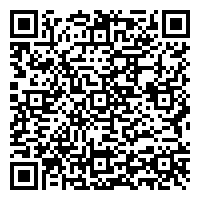