With all this talk nowadays about cellphones causing changes in the brain and the possibility of neural addiction, I was getting a little nervous. I, of course, am not one of those people who are always digitally connected. In fact, I programmed my phone so that it rings only for incoming calls. It does not beep to inform me of messages, tell me the time, the weather, the day of the month or year, or remind me what to do next… unless I command it to do so. And I don’t. I refuse to allow a phone to take over or control my life.

Nonetheless, one morning I left the house only to discover on the bus that… I forgot my cellphone! And just when I needed it most. I had to inform several people about changes in the day’s schedule and now everyone would end up in the wrong place, at the wrong time. And even if I borrowed someone else’s phone, I no longer know anyone’s number by heart. And if something happened, how would I call the police, an ambulance, my husband? It’s a dangerous world out there and one has to be properly connected. And if nothing at all happened, it was a long boring bus ride and I had nothing to read. My phone offers me instant news, music, shiurim and books. Everyone on the bus was busy with a cellphone. Everyone except me.

I panicked. This must be what withdrawal symptoms from drugs or alcohol feel like, I thought with a grimace. Come on, I said. Get hold of yourself! You’re in the middle of a city; if there’s an emergency and you need a phone everyone around you has one. You’ll be able to call an ambulance and notify your family easily enough. And why assume there will be an emergency?

Okay. I tried to relax. My blood pressure went down and my heart returned to its normal beat. But I still felt disoriented, disconnected, insecure. Sort of like a fragile, lonely atom, floating in a vast, dangerous universe. I managed to make it through the day and arrive safely home, but I was highly disturbed by my temporary hysteria. Was I really such a wimp? So dependent on my cell phone? Where was my emotional stamina? My backbone? My common sense?

I have a love/hate relationship with my phone. I avoided buying a smart phone until I felt utterly disconnected from family plans, news and photos (long live WhatsApp). When I finally purchased a phone, it took a while until I “broke it in” and silenced all beeps, buzzes and whimpers; all notifications, advertisements, and dire warnings of what might occur if I didn’t respond to something immediately. When told that not answering a message immediately is “bad form,” I countered that I was into Essence, not Form.

Nonetheless, the virus was implanted. Even if I wasn’t beeped, I felt I still had to look at the screen every so often to see if I was wanted, or needed. Or if I was missing something. “Every so often” soon became several times a day, and then several times an hour. I wasn’t aware of this at first, but as time went on, I began to notice that the phone was demanding more and more attention and time.

Of course I love my phone. It has all the numbers saved that I could possibly want. It tells me what the weather will be in Jerusalem (or Jamaica) in two hours. It brings me news and information, can tell me everything I don’t need to know, and connect me to everyone I ever met. The lady on Waze tells me where to turn or park the car while her cousin on Moovit walks me to the nearest bus stop. Then Egged tells me what time the bus will stop at my station.

I now carry several hundred pictures of my grandchildren with me wherever I go. (Pictures are easier and quieter than actually taking the grandchildren.) I even shop with the camera. The Decision Making Section of my brain seems to have atrophied because I am no longer able to go into a store and make a purchase. First I must take a picture of the object, zap it over to a friend or relative to check it out and only after receiving a wireless reply do I know if it is purchase-worthy or not. How would I ever live without all these marvelous innovations in my life?

I’m even well supplied spiritually. My phone holds an array of sifrei kodesh – a siddur, Tehillim, Chumash, Rashi, and shiurim on a multitude of topics. And music! From Pagannini to Puccini to Shostakovich, they are all lined up and waiting to perform at my command. One or two clicks and they spring to life! In fact, there is a danger of their becoming my life.

Although I feel secure and enriched by being so constantly connected, and although I like feeling secure and enriched, the last thing I want is to be constantly connected. Does that make sense? I’m not sure it does. I want to be able to actually listen to the person speaking to me; to actually hear the sound of birds; to actually see the mountains and the city and the sky outside. I want to actually dance at a wedding (if my feet allow it), not stand back taking pictures of people dancing. I feel imprisoned when my world is reduced to a screen.

Rabi Nachman said the world is a narrow bridge. Nowadays, he might think it’s a screen. Both are forms of connecting. But screens make for passive viewers while bridges point ahead and lead you somewhere. I want to be able to cross the bridge and reach my destination at the other end. I guess the only way to get there is to go carefully but bravely forward and watch my step… instead of my screen.

P.S. I wonder if anyone will be sending digital Mishloach Manot this year? Purim graphics and photos of fancy food displays instead of the real thing? It’s the thought that counts, right? And just think how much work and expense it could save! As someone wrote recently, in our upside down world, the real and the virtual are ever harder to tell apart! 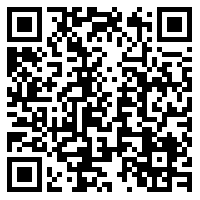