In this day and age, in some heimishe circles, women and their contributions have, in the name of modesty, been rendered almost invisible. For example, often a mother’s name will not appear on a wedding invitation; instead it says “rayato,” which I mentally translate as “sidekick.” Also when couples are honorees at an event, in many cases, invitations and flyers only feature a picture of the man.

So I’m actually surprised that there hasn’t been a movement to rename Megillat Esther as Megillat Mordechai. After all, he was a co-savior of the Jewish people. When the sequence of events that led to their victory over enemies who had planned a global holocaust was written, I would have assumed that the book would have been named after Mordechai.


Mordechai, like his ancestor, Yoseph, became second in command of the empire. Only the king outranked him, and in its final chapter, the Megillah mentions that Mordechai was beloved by the majority of his nation. Esther isn’t mentioned at all.

One can arguably say that when it came to Megillat Rut there was no other option. After all, Naomi’s sons had left Israel in a time of economic downturn, and married “out.” The elderly Boaz shows up towards the end of the story. While marrying Rut created the foundation of the royal House of David and Moshiach, marriage isn’t an act of heroism. Rut is the heroine of this tale and the Megillah is rightfully named after her.

But why do we read Megillat “Esther” and not Megillat “Mordechai?”

After all, it was Mordechai who beseeched a reluctant Esther to approach the king. He told her that if the deliverance doesn’t come through her, it would come from elsewhere.

Looking at the story, one could argue that Mordechai was somewhat responsible for what happened and it was only through Esther’s heroic sacrifice that the Jews were saved.

Mordechai sat by the king’s gate, in what seems to have been his makom kavuah, his habitual place. Doing so led to him being seen by the newly elevated Haman, a descendant of Amalek with Jew-hatred in his DNA.

The Megillah tells us that all the king’s servants at the king’s gate kneeled and bowed before Haman, as that was what the king ordered. But Mordechai would do neither. Day after day Mordechai exclaimed that he wouldn’t bow down to any human because he was a Jew. Eventually Haman, being a narcissist and anti-Semite, decided he had enough of this “disrespectful” behavior and decided to kill not only the individual who had minimized and diminished his importance, but the entire Jewish nation.

It could be argued that Mordechai could have bowed and kneeled to Haman because it was pikuach nefesh, a situation that allows a person to break a commandment to save a life. After all, Haman wasn’t saying he was a deity and should be worshiped. In fact, the medrash (Yalkut Shimoni, Esther 1054) tells us that Jewish leaders of the time wondered the same thing.

Whatever the reason was, Esther did just the opposite. She was very private about her identity.

And it was Esther who told Mordechai that the nation should fast and do teshuva for three days. It may have taken Mordechai to push her, but she was the one who put her life on the line to go before the King – twice.

Esther deserves being memorialized via the Megillah, as does Rut. Hopefully their names won’t be erased by misguided piety. 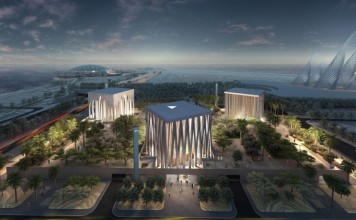