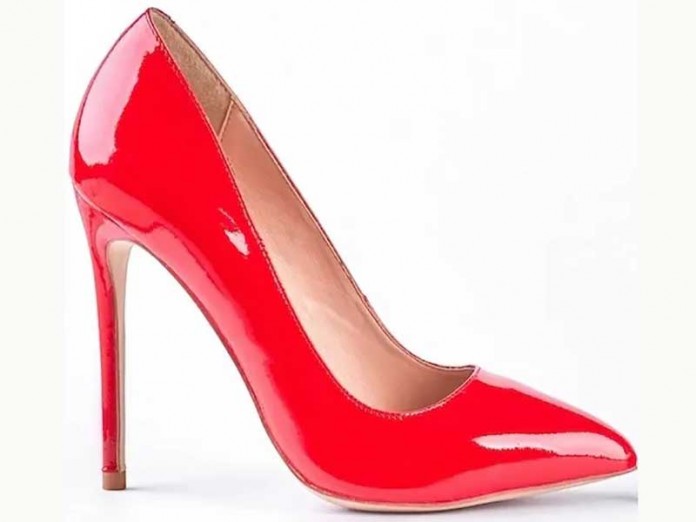 The Lady In The Four Inch Heels

Our loved ones with cognitive decline experience life in a different way than you and I.

It was 2:30 A.M. I was snuggled in my delicious pink furry blanket enjoying a colorful dream when I heard Hubby proclaim from the door of the bedroom:

Without hesitation, I responded “Yes” and turned away from the voice pulling the blanket up above my shoulders. Perhaps I could hide and he would go away?

“A woman in four-inch heels is trying to get into the house.”

He sat on the bed next to me. I “got it.” Sleep was not an option. He proceeded to explain that he heard a voice outside… a woman’s voice. He could tell she was wearing four-inch heels from the sound she made walking outside. She “tried the door.” He thought she might be someone from the government, but then correctly concluded that civic employees do not visit at 2:30 A.M. Thus, she must be a thief. He cleverly decided not to open the door for her. Still, he said we were at risk from this person trying to enter our home.

These situations are really challenging during waking hours, but at 2:30 AM one must muster their faculties to handle it properly. Hubby believed everything he was saying. It was very real to him. It is possible that he heard sounds outside as the door near his bed leads to our back yard. Cats run about out there and they make noises which actually concern me sometimes as well. When they screech because they are about to fight with one another or are in “heat” it is really unpleasant. Hubby may well have heard the cats but concluded it was a person. From there, his imagination went wild and then the imaginations and the conclusions, became his reality.

This usually happens when he is coming out of a sleep-state. Often, he has had dreams and they are indistinguishable from the present as he awakens. There are times when he asks “where the people are” when there is no one else at home, or other questions which I presume were residual from a dream. As he can fall asleep many times in a 24 -hour period, every waking experience is a new day for him. It begins with his asking the time and inquiring if it is day or night. He is trying to make sense of it all. He often asks for breakfast when in fact it is dinner time and we continually spend a few minutes explaining the context of the moment.

Returning to the events of last night, I got out of my own bed and escorted hubby back to his bed in the next room. I tucked him in and sat on the sofa next to him. The clock was ticking and I was having a problem keeping my eyes open. I leaned back hoping that my closed eyelids might signal that I am not in the mood for further discussion. It did not work. He repeated the events with the intending intruder over and over. I know from years of classes and discussions about dementia that it is of no value to tell the individual that what he believes happened -did not. I used the more soothing approach. I tried to comfort him by telling him that he did the right thing. He did not open the door, and the stranger went away. All was well.

It did not end there as his mind was racing while mine was in “shut-down.” He decided to analyze the sale of our previous “home” with fragments he remembered from many years ago. This was more than I could bear. I told him I needed to go back to sleep and asked if it would be okay if I turned off his lights His mouth was going “a mile a minute,” but he agreed. I flicked off the lights, went back to bed and have no clue when he actually fell back asleep.

When Violet (his care-giver) came to check on Hubby at 7:30 a.m., she straightened his blanket and he woke up for a moment and told her:

“Be careful… be careful!” Before turning over and returning to his slumber.

Hopefully the lady in the four-inch heels did not return and Hubby was able to unwind and drift off to sweeter dreams.