Whether you win by one vote or thousands of votes, in politics it doesn’t matter. A win is a win. Democrats ran the table, as it is said at casino halls. All statewide offices – Governor, Lt. Governor, Attorney General, Comptroller and United States Senate – were won by incumbent Democrats.

In the 63-member state Senate, Democrats hold 39 seats to 23 seats for the Republicans. One race in the Syracuse area is too close to call. Fewer than 400 votes separate the two candidates, incumbent John Mannion, a Democrat and Rebecca Shiroff, a Republican. Shiroff is in the lead but absentee and affidavit ballots must be counted. If the Democrats hold on to win, the Senate will retain its supermajority veto-proof status. Incumbents Anna Kaplan (D – Great Neck, Nassau County) and John Brooks (D – Seaford, Nassau County) and as well as Elijah Reiclin-Melnick (D – Nyack, Rockland County) all lost their reelection bids.

Two pairs of incumbent Senators, who were forced to challenge each other due to redistricting, were both won by Democrats.

Two seats once held by longtime Senate majority leaders in Nassau County and the Binghamton area were flipped. Democrat Todd Kaminsky’s seat, which was once held by former Senate Majority Leader Dean Skelos, a Republican, was flipped back to the Republican column with Patricia Canzoneri-Fitzpatrick winning the seat. In the Binghamton area, a seat once held by former Senate Majority Leader Warren Anderson, a Republican and two successive Republicans was lost to the Democrats as Lea Webb defeated Richard David, a former mayor of Binghamton.

With the defeat of Reichlin-Melnick and Kaplan, there will be only five Jewish members in the upper house, including Brad Hoylman, Toby Ann Stavisky, Simcha Felder, Liz Krueger and Shelley Mayer.

In the 150-member state Assembly, Democrats are one seat away from retaining their supermajority veto-proof status as five seats remain undecided. The five contests, however, could be decided by the time this newspaper gets to you. Republicans are maintaining a slight lead in the five races.

While Brook-Krasny is Jewish so is Cymbrowitz, so the number of Jewish lawmakers won’t change. One of the seats hanging in the balance is the Queens seat in Far Rockaway held by Stacey Pheffer Amato, who is Jewish. If she loses her reelection to Tom Sullivan there will be a further erosion of Jewish representation in the Assembly. With the win by Brook-Krasny, he will join Ari Brown from Cedarhurst, Nassau County, as the second Jewish Republican in the lower house in the same session.

On the statewide ticket, U.S. Senator Chuck Schumer, 71, is the only one who identifies as Jewish. Meanwhile, Lt. Governor Antonio Delgado touts his wife, Lacey Schwartz, as being Jewish and is bringing up his twin sons as Jews. The family lives in Rhinebeck, Dutchess County.

Schumer will continue to serve as majority leader when the next Congress convenes in January, maintaining the slimmest of margins. On election night, Schumer touted his record for New York.

“I take very seriously my responsibility to make this community I love a better place,” Schumer said. “Remember how they always used to say New York gave more money to Washington than we got back. That’s why I’m proud to say that under my leadership for the first time in memory our state got more money back from the federal government than we sent down.”

He also cited his victories as beating the gun lobby, big Pharma, big oil, tax-dodging corporations, and the Federalist Society. He also touted “canceling a huge chunk of student debt” as an accomplishment he pushed through as the leader in the Senate.

The laundry list of accomplishments also included “a bipartisan microchip bill, a bipartisan infrastructure bill and health care to our vets.”

During the next Congressional session Schumer is aiming to codify into law protecting “the woman’s right to choose, passing the Marriage Equality Act, securing the right to vote, strengthen the unions and expand the rights of workers to organize for better pay, we’re going to fight for the working class, for immigrants and dreamers, for every day people who are struggling every single day to stay in the middle class.”

Schumer lives near Prospect Park in the Park Slope neighborhood in Brooklyn in the same apartment for 35 years with his wife of 42 years, Iris Weinshall. The Schumers have two children, Jessica and Alison, and became grandparents for the first time in 2018 when their daughter Jessica and her husband gave birth to a boy.

“But I’m not here to make history. I’m here to make a difference. Because of all of you, we will keep making progress – breaking down barriers… breaking glass ceilings, helping New York achieve the greatness it is capable of,” Hochul said. “I will lead with strength and compassion, not with fear and anger. Together, we will put our values to work to lift up all and leave no one behind. We will build a state where families can afford to raise their children. Where we create good paying jobs from Long Island to the city to the Hudson Valley, the North Country all the way to Buffalo and the Southern Tier. We’ll do all that. We’ll give everyone what they deserve, safe, affordable housing because that’s one of their rights and to make sure all of our kids will succeed in school and achieve their full potential and live in communities without fear, have the safety to walk our streets and take our subways without illegal guns on our streets.”

Attorney General Letitia James, 64, whose career began on the streets of Crown Heights, Brooklyn, became philosophic during her speech on election night.

“I remain clear-eyed that tomorrow the work continues, my friends, because when New Yorkers continue to feel unsafe in their own communities and homes there’s still a lot of work that needs to be done,” James said. “When illegal guns continue to flow into our cities there’s still work to be done. When something as simple as your zip code determines the future of your children there is still work to be done. When we have a criminal justice system that has yet to address the issue of mass incarceration and the criminalization of poverty and mental illness there is so much work to be done. We must approach these issues, my friends, without fear-mongering.”

While everyone was on a political high, lawmakers headed to Puerto Rico for the annual celebration of SOMOS, hosted by the Latino caucus. The Chabad of Puerto Rico offered hospitality to the observant Jews who attended the festivities. 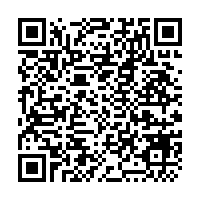