I stood on the dusty road leading to one of the innumerable resting places of the pious people of Israel. Having said my prayers, though never enough, I waited somberly for a taxi to appear. I leaned against the palm tree to escape the sun’s enthusiasm. It was a Jewish palm tree, planted by Jewish hands in the Jewish land. I was on the left side of the sturdy bark. On the right, rested an elderly woman topped by a colorful kerchief. She was like many others I have walked beside in the Machaneh Yehudah marketplace, like many others I sat beside in the white plastic chairs before the Western Wall, like many others who minded their own humble business and worked hard for their share in life.

I’m not sure who spoke first, or how the conversation began, but before long, we were talking. She had finished her house chores for the day, a full hour ahead of schedule. I could imagine her modest apartment building with its peeling paint and chipped Jerusalem tiles, now gleaming after the sponja sluice. She was on her way to enjoy the end-of-the-week produce sales, foldable carry bag in hand, when she decided to spend this bit of extra time at the righteous man’s burial place. Although her feet were not kind to her lately, she still persisted with these treks because bus fares add up.


And who was I and what was I up to, she wondered conversationally with the unabashed inquisitiveness of a Sabra. I communicated in my not-too-polished Hebrew some information about myself, trying not to sound like the young, indulged American tourist that I was, taking a break between studies. It was not hard to realize that our commonality began with our Jewishness and ended with our brief moment of respite under the palm’s shade after sending prayers heavenward and before continuing with our day. I told her I was happy to be in Israel and content to find it the same holy, busy place I had left it on my last visit.

But much did change since many years before, she said pensively. The wrinkles suddenly stood out on her weathered face as she explained, with a hint of pride, that she had come to Israel by boat to sleep in a tent, walk on unpaved roads, stand in line for bread, and sweat in her beloved land of the Jewish nation. She arrived when Israeli civilization was in the making some seventy years ago, a little girl lucky to escape the carnage that would quickly overtake Europe.

Did she know how fortunate she was, considering the Zionist leadership’s quiet obedience to Britain’s White Paper policy which severely limited Jewish immigration when the burning Jews of Europe needed it most?

Did she know how fortunate she was considering Ben Gurion’s unabashed explanation at a meeting in Britain, “If I knew that it would be possible to save all the children in Germany by bringing them over to England and only half of them by transporting them to Eretz Israel, then I opt for the second alternative”?

Did she know how fortunate she was considering Dr. Chaim Weizmann’s dared utterance about the souls who were not wrestled out of Death’s grip by their brethren, “I was asked, ‘Can you bring two million Jews to Palestine?’ I replied, ‘No’…. From the depths of the tragedy I want to save two million young people…The old ones will pass. They will bear their fate or they will not. They were dust, economic and moral dust in a cruel world…Only the branch of the young shall survive…They have to accept it.”

Perhaps they would not have turned into ashes had the governing group of elitists, functioning under the British Empire, pulled heaven and earth in protest and insisted that the port of Israel remain open to the suffering Jews of Europe. For the likes of Ben-Gurion and Weizmann, however, political life was too filled with British bootlicking.

It was made clear that all Jews were not equal. The Jewish Agency made efforts to save “prominent Jews,” but the rest of the Jewish masses, people with their own dreams and skills, however simple, were left for the crematoriums. Yet it was “simple Jews,” and not only Ben-Gurion and Weizmann who built Israel, who fought ferociously in the Irgun and Lehi, and who demanded a Jewish state independent of Britain. It was the “simple Jews,” like the wrinkled, weathered woman I met under the palm tree who built Israel. There could have been scores more welcomed to the homeland, but they went up in flames as the leaders sat in near silence.

It is a painful part of recent Jewish history, but why is it better left unsaid? Bystanders share the guilt of perpetrators. Everyone, especially governments, have a dark side. The dark side was shamelessly shown during that time. The dark side, we fervently pray, that never finds expression again. But it makes us wonder, given today’s performances in the circus of international affairs, can authority be entrusted to authority-bedazzled people? And, is appeasement worth the price?

The answers are clear in the Irgun’s defiant bravery, their willingness to stand strong in the face of world pressure, and their deeper desire for accomplishment rather than honor or publicity – powerful contributions to the creation of the State of Israel. 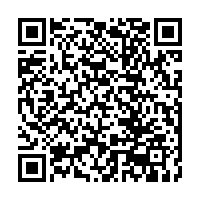