Some truths are counter-intuitive. At first, it would seem plain that a
world without nuclear weapons must be preferable to one with such weapons. Upon reflection, however, it becomes evident that there are some countries for whom nuclear arms are indispensable to their physical survival. For these imperiled  nations, surrendering nuclear status could effectively be an invitation to genocide. The most obvious case in point is Israel.

It is, of course, easy to be moved by President Obama’s support for the
September 24 U.N. Security Council Resolution aimed at global nuclear
disarmament. “The historic resolution,” said the President, “enshrines our shared commitment to a goal of a world without nuclear weapons.” The problem with the president’s eloquent support is that nuclear weapons are neither good nor evil in themselves. Although it is certainly true that any further nuclear proliferation must be controlled, it is  also probable that the Cold War nuclear standoff between two hostile superpowers prevented a third world war.


Today, should Israel be pressured to accept its denuclearization at a time when Iranian compliance with Non-Proliferation Treaty (NPT) and IAEA expectations remains very doubtful, that country might as well consent to incremental dismemberment or national suicide. Deprived of its existing nuclear deterrent, however “ambiguous” and undisclosed (the so-called “bomb in the basement”), Prime Minister Netanyahu would then place a country smaller than Lake Michigan at the mercy of several sworn and increasingly capable existential enemies. Even if these enemy states were to remain non-nuclear themselves, they would still be in a greatly improved position to fully defeat  Israel.  As Clausewitz, the famous Prussian strategist, had understood long before the Atomic Age, there can come a time in any military correlation of forces when “mass counts.”

In the Middle East, only Israel’s enemies have mass. Over the years, therefore, a number of Arab states and Iran, themselves still non-nuclear, have called for a “nuclear weapon free zone” in the area. Even if these states were somehow to comply with the formal legal expectations of such a proposal – a remarkably optimistic presumption – their combined conventional, chemical and biological capabilities could still utterly overwhelm Israel.
In principle, perhaps, such an expanded existential vulnerability might be countered by instituting parallel forms of non-nuclear disarmament among the Arab states and Iran, but, in reality, such coinciding steps would never be taken.

President Obama fails to realize that nuclear weapons are not the problem per
se. This failure is especially apparent in the Middle East, where the core issue remains a far-reaching and still-unreconstructed Arab/Iranian commitment
to excise Israel from the regional map. The true problem here is only one of extinctive cartography. No matter what is done about regional nuclear weapons, this enduring commitment to eliminate Israel will ensure regular
aggressions and protracted war.

With nuclear weapons, Israel can still deter enemy unconventional attacks, and most large conventional assaults. While in possession of such weapons, Israel
can also launch non-nuclear preemptive strikes against any enemy state’s hard
military targets that threaten Israel’s annihilation. Without nuclear weapons, any such expressions of “anticipatory self-defense” would likely represent the onset of a much wider war. This is because there would no longer be any compelling threat of an Israeli counter-retaliation. It follows, contrary to the U.S. president’s overall logic of global nuclear disarmament, that Israel’s
nuclear weapons actually represent an important instrument of peace, and an
essential impediment to the onset of regional nuclear war.

In his blanket proposal for a world without nuclear weapons, President Obama
has been thinking against himself. To survive into the future, the entire
international community will now have to make critical nuclear distinctions
between states. Still living in the anarchic and threat-based system of world
politics originally bequeathed after the Peace of Westphalia in 1648, all
states should promptly understand that national survival can never be delegated to toothless agreements and institutions.

Neither the president of the United States nor the U.N. Security Council can ever assure Israel’s survival. In the matter of nuclear weapons, not all nations are created equal. For Israel, these weapons are the ultimate barrier to violent extinction. They are, for Israel, a blessing, not a curse.

Under international law, war and genocide are not mutually exclusive. Living in a world without nuclear weapons, the openly preferred world of U.S. President Obama, Israel’s principal enemies could drive the Jewish state into the eternal darkness, into fire, into ice. Significantly, this action could be altogether rational for the aggressors. This is because, individually or collaboratively, they could now  inflict distinctly mortal harms upon a despised foe without incurring intolerable harms themselves.

Some truths are counter-intuitive.

LOUIS RENÉ BERES was educated at Princeton (Ph.D., 1971). He is the author of many books and articles dealing with Israeli defense matters. and was Chair of Project Daniel during the premiership of Ariel Sharon. Dr. Beres is also Strategic and Military Affairs columnist for The Jewish Press. 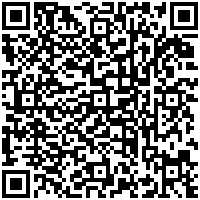