I recently acquired an entertaining invitation to the wedding of one of Rabbi Yehudah Yudel Rosenberg’s children.

Rabbi Rosenberg (1859-1935) was the author of many sefarim and is most often remembered for reviving the story of the golem of the Maharal of Prague (He also wrote a sefer defending the use of electricity on Shabbat called Maor HaChashmal. At the time, this position wasn’t that unusual.) 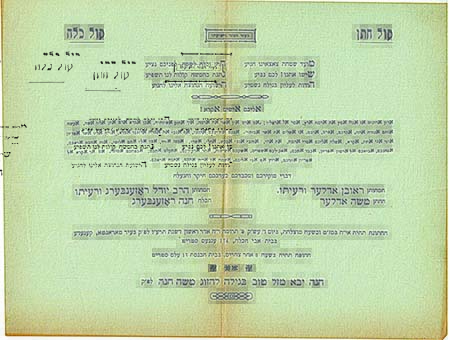 Leaving a rabbinic position in Tarlow, Poland, in 1913, Rabbi Rosenberg immigrated to the New World where he became rabbi of Toronto’s Beth Jacob Congregation, which was founded in 1899 by a group of Polish-born Jews. He was involved in many community activities in Toronto, including the founding of the Talmud Torah Eitz Chaim, which is still active today, over 100 years later. From 1919 until his death, Rabbi Rosenberg served as a rabbi in Montreal.

The invitation I acquired is for the wedding of Rabbi Rosenberg’s daughter Chanah (Annie, born 1897). The printed invitation, entirely in Hebrew, begins with an acrostic poem that spells out the name of the bride and groom, Moshe and Chanah. This acrostic is followed by the text of the invitation, which contains 101 words, every single one starting with the Hebrew letter aleph!

Interestingly, the chuppah took place late Friday afternoon in R. Rosenberg’s synagogue at 3:00 p.m., on a winter day, followed by a meal at the rabbi’s residence. Though nearly forgotten today, the custom of making the wedding feast on Friday night is ancient and was known already in Talmudic times. (It has economic advantages, of course, in that the Shabbat meal and wedding feast are combined.) 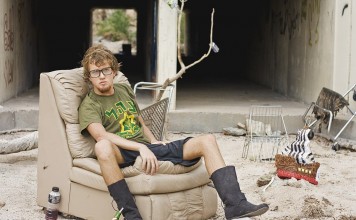 Oh No! Will We All Be Poor After Corona? – The Tamar Yonah Show [audio] 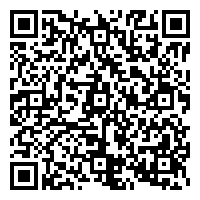