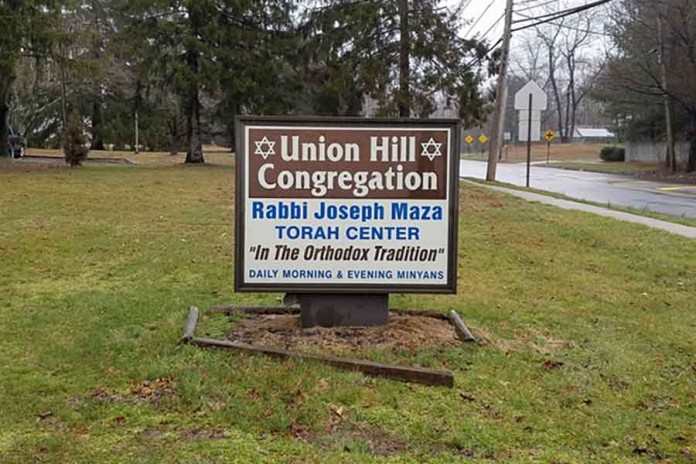 In a town with a funny name like Manalapan, one would expect funny stories and Union Hill Congregation, UHC, has an amusing one in its history.

UHC has been serving the community for thirty-four years, although Manalapan has had an Orthodox presence for over one hundred years. Manalapan is centrally located in Monmouth County, New Jersey about 20 miles from Lakewood, thirty minutes from Deal, and about 40 miles from Brooklyn. There are day schools, a boys’ yeshiva, kollelim, a mikvah, an eruv, a kosher restaurant, and a choice of shuls.

UHC is a place where Jews with diverse backgrounds can find the classes that will inspire personal and spiritual growth. The participants’ backgrounds range from roshei yeshiva to the unlearned and unaffiliated. While everyone is treated warmly and equally, UHC is an Orthodox shul and is a proud member of the Orthodox Union. As Avi Maza, son of UHC’s founder says, “UHC is a beacon of Orthodox Judaism in the area. For many years, UHC was the only Orthodox shul near the large local retirement community, yet, even today, the shul is the center of religious services including a daily mincha and maariv.”

Rabbi Chaim Leiter has been the rabbi since 2004. He notes that residents are moving in from Brooklyn, the Bronx, Jersey City and other metropolises in search of a more suburban lifestyle with a lower cost of living – especially young families.

Rabbi Leiter had been a rabbi in Rochester, NY for six years before moving to Manalapan with the founding of Yeshiva Tiferes Naftoli. The yeshiva high school is about four miles away from the UHC, but there are plans for a new school facility on UHC grounds. The yeshiva currently has programming for four grades.

While UHC usually has a minyan of twenty to twenty five attendees on Shabbos, the focus is on the classes that attract the area residents. After davening on Sunday, Rabbi Yaakov Kipper, a member of the Kollel of Western Monmouth County, gives a class on Halachic Explorations – short topics covered in-depth. Monday’s pre-Mincha class is a Talmud study group given by Alan Haarburger – who after 20 years of giving the class has become something of a legend in the community. The group shares a great camaraderie – and sumptuous noshes. Wednesday morning is Rabbi Leiter’s Yeshiva-style Gemara class. In the evening, Rabbi Yitzchok Berkowitz gives a class on Pirkei Avot where he incorporates his knowledge of human dynamics into intriguing lessons on what G-d wants from us. On Wednesdays, Rabbi Leiter gives a course on Pirkei Avot that he has taught for the last fifteen years. Then before Mincha, Rabbi Leiter has a Kitzur Shulchan Aruch class. Mr. Haarburger holds a Parsha Study Group on Thursday evenings. Also on Thursdays, Rebbitzin Suri Leiter gives a Parsha Review and Tehillim class for women. “How to Live as a Jew” is an important class that is as practical as its title with the topics including instruction on davening, how to keep Shabbos and practical halacha.

UHC was founded by Rabbi Joseph Maza, the eldest son of Rabbi Eliyahu and Rebbitzen Baila Rivka Maza, who came here in 1926 from Minsk. A well-known author and speaker, after arrival in the US, a refugee organization found him a pulpit job as a rabbi in Sheboygan, Wisconsin where the Maza’s youngest son Yacov was born. When Yacov was five years old, the family moved to the Lower East Side to assure the Maza boys a yeshiva education. As a teenager, Yacov worked summers in the Borscht Belt and subsequently graduated from the City College of New York with a double major in English and Sociology. He became a chazzan at 18 and received semicha from Rav Moshe Feinstein when he was 25. Rabbi Yacov Maza followed in the footsteps of his great-grandfather, grandfather, father, and three older brothers. In fact, Rabbi Yacov was a tenth-generation Maza rabbi. Rabbi Maza took his first position as a pulpit rabbi in Weldon, North Carolina and subsequently moved to LaTrobe, Pennsylvania. Then he got his big break: a position in Swan Lake as a stand-up comic. Shortly thereafter, Rabbi Yacov Maza changed his name to the one he has used for the last sixty-three years: Jackie Mason.

Early in his career, Rabbi Yacov Maza enjoyed his rabbinic service, and he especially appreciated that the congregants loved his sermons. And so did the gentiles who started coming to shul to hear the Rabbi’s speech… and jokes. As Jackie Mason quipped about leaving the rabbinate, “Somebody in the family has to make a living.” And he left the rabbinic world for his three brothers to perpetuate with his eldest brother Joseph taking center stage.

Rabbi Joseph Maza, the founder of Union Hill Congregation, was born in 1923 in Belarus, Russia, spent his early years in Sheboygan, Wisconsin, grew up on the Lower East Side, and received semicha from Rav Moshe Feinstein in 1944 several years before his younger brother Yacov/Jackie. Rabbi Maza was one of the first graduates of Lakewood’s Beth Medrash Govoha’s postgraduate program where he earned a Doctor of Divinity degree. In 1976, he founded the Young Israel of East Brunswick. Subsequently he became the spiritual leader of Anshe Emeth in South River, NJ. It was while serving there that he realized there was a large contingent of worshippers coming for services from the Covered Bridge development, a retirement community comprised of elderly Holocaust survivors and an assortment of mostly Jewish, but religiously diverse, “over 55” residents. In 1983, Rabbi Joseph Maza established the Union Hill Congregation in Manalapan so the residents of Covered Bridge would have the opportunity to fully observe Shabbos by walking to shul.

Rabbi Joseph Maza was also the only mohel in the area during the 1960s, 70s, and 80s. He would perform eight to ten brissim a week and sometimes walked ten miles to perform a bris on Shabbos to assure that the circumcision was performed on time. The family estimates that he performed more than ten thousand circumcisions in his fifty-five year rabbinic career.

Rabbi Maza retired from Anshe Emeth after forty-eight years, but continued leading the services at UHC until his son Avi stepped in to help. From 1986 through the early 2000s, Avi, a trained cantor and musician, lead the congregation for the High Holidays as chazzan, leining, and giving sermons. Rabbi Maza, and his wife Shirley, would visit UHC to give lectures, participate in social functions, and was available for rabbinic guidance and pastoral counseling. Subsequently, as Rabbi Maza’s health began deteriorating, his grandsons, Rabbi Jonathon Gross and Rabbi Ari Schick, began assisting in serving the needs of the congregation. Rabbi Maza served as Rabbi Emeritus of Union Hill Congregation, the Orthodox synagogue he founded, until his death in 2002 at the age of seventy-nine.

The demographics of the community has changed over the decades. As the elderly population diminished and less religiously-inclined residents moved to nearby neighborhoods, UHC continued to encourage participants; nonetheless, with the change in the level of observance of the kehilla, the synagogue’s programming necessitated change. UHC was never a full-time shul in that Rabbi Joseph Maza would primarily hold services at UHC for Shabbos and Yomim Tovim, and the need to attract the locals for classes has proven successful.

The success of the classes is evidenced by the community members that join the shul while many others partake in what Rabbi Leiter calls “cross-pollination” with the other Jewish organizations in town. Rabbi Leiter says, “This is a come-as-you-are party. We offer a portal through which they can come and feel comfortable.”

In 2005, the UHC bought itself from the Maza family, yet more than the Maza legacy still shines today. Union Hill Congregation boasts two names, both of which are embellished on the building. Union Hill Congregation is also known as the Rabbi Joseph Maza Torah Center. Rabbi Maza founded a shul in a retirement community that almost forty years later has encompassed a larger outlying community and is still teaching, growing, and uniting. True success – and that’s no joke! 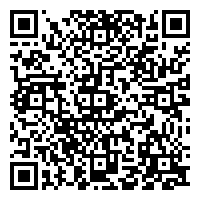