A compact volume I acquired this week tells the story of millions of Jewish immigrants, arriving in the New World – to a foreign land, a foreign language and a culture different from anything they knew. The volume, published in 1898, is a first edition of Hakrvay’s Yiddish-English Dictionary, an indispensable aid for American Jewish Immigrants. The Harkavy dictionary in pocket-handy form was a common sight in Jewish Immigrant communities, serving as an aid in learning the new language. It is titled “Harkavy’s Jewish-English pocket dictionary: with a treatise on Yiddish reading, orthography and dialectical variations.”

Alexander Harkavy, born in Russia in 1863, joined the Am Olam movement following the Russian Pogroms of 1880. The movement, founded by Russian Jews, believed in establishing Jewish agricultural settlements in the Americas as a solution for the Jewish persecution in Eastern Europe and Russia. Twenty-six colonies were founded in the 1880s, some surviving for decades, some failing rather rapidly but with clear success in getting the Jews out of Russia to the more stable New World in that era. By 1886, Harkavy was living in New York and later Montreal, where he founded the first Jewish Newspaper in Canada.


Harkavy was instrumental in the recognizing of Yiddish as a language. He defined the rules of grammar and vocabulary, making it comprehensible to native Yiddish speakers and foreign speakers alike. 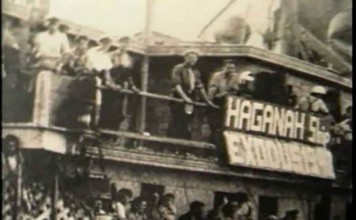