A chassidic text with an unusual history that I sold this week was an exciting find – the commentary on the Torah by the admor of Munkacs, Rabbi Chaim Elazar Shapira (1872-1937), known after his most famous work, the responsa Minchas Elazar.

Published shortly after his passing, the first volume of the work, titled Chaim Veshalom, was published in 1938, the second in 1940 as the Nazi war machine was closing in on the region. The book was completed and prepared for print by the author, but his passing in 1937 prevented its immediate publication.


This publication is notable for being published by and with an introduction by his successor and son-in-law, Rabbi Baruch Yehoshua Yerachmiel Rabinowitz (1915-1998), notable for being the only chassidic rebbe to be deposed by his chassidim. In the years before the war, Munkacs was among the largest chassidic groups, with many thousands of followers. The wedding of R. Baruch Rabinowitz to the Minchas Elazar’s only daughter, Chaya Frima Rivka, was a major event, attracting many thousands of guests and given widespread media coverage, including video footage still extant today.

The Minchas Elazar was notable for his firm and staunch opposition to the secular Zionist movement. During the Holocaust, as word of the mass extermination of Jews reached him, R. Rabinowitz urged his followers to attempt escape and reach Eretz Yisrael. In 1944, when the opportunity arose via the assistance of the Agudath Israel representative in Istanbul, he and his family moved to Eretz Yisrael, though few of his students heeded his call to leave and were brutally murdered by the Nazis. After the experience of the Holocaust and the founding of the state of Israel, The Minchas Elazar’s son-in-law and successor, R. Rabinowitz, made a sharp change in his position regarding Zionism and joined the Religious Zionist movement, going as far as to recite Hallel on the Israel Independence Day.

His change in philosophy and beliefs following the founding of the state of Israel left him to a difference of opinions with his chassidim who viewed him as modern and as a Zionist. By 1947, he was no longer viewed by them as their rebbe, at which point R. Rabinowitz moved to Sao Paulo, Brazil, were he served as rabbi, followed later by a rabbinic position in Holon, Israel.

When Chaim Veshalom was reprinted in 1999 by the current Munkacs chassidim, the introduction by R. Rabinowitz was omitted. 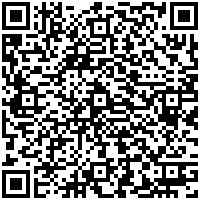