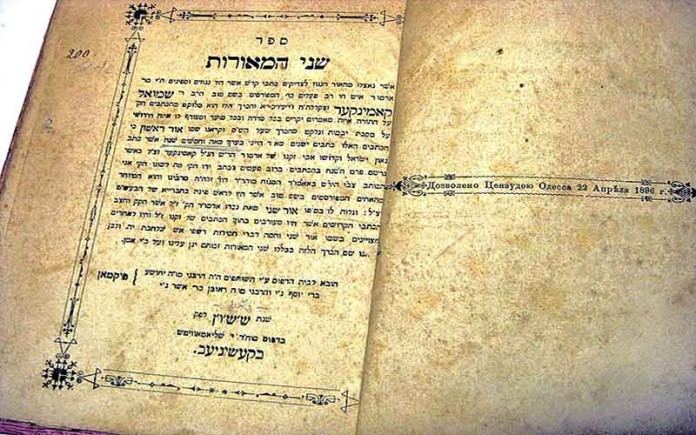 A volume I acquired recently sheds light on the origins of a famous prayer. The prayer Gott Fun Avrohom is a prayer in Yiddish traditionally said on Motza’ei Shabbat for good luck and is attributed to R. Levi Yitzchok of Berditchev. The prayer predates him by centuries though and is found in early Ashkenazi prayerbooks – for example in the 1723 Amsterdam Birkat Hamazon Keminhag Ashkenaz. 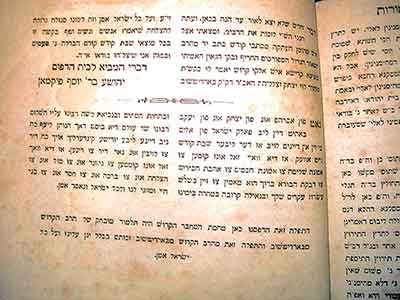 The mis-attribution is the result of a book titled Shnei Hame’orot published in Kishinev in 1896. At the end of the book, the editor of the book writes how he found an old “trusted” manuscript in which it was written that this prayer was authored by R. Levi Yitzchok of Berditchev and he is certain that one who says the prayer thre times prior to Havdalah is guaranteed to succeed.

The editor apparently was not aware that the prayer was around for centuries, but his attribution to R. Levi Yitzchak stuck and from shortly afterward we see many other books also attributing the prayer to him. Despite the error, the prayer has since been published in numerous prayerbooks and zemirot volumes continuing the error in attribution. 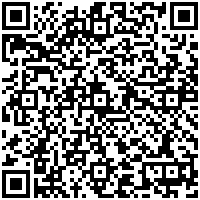