Joe Richards doesn’t allow elephants in the room. Whenever there is an anti-Semitic attacks against a Jew in the news, the Long Island resident goes over it with students and they talk about the best way to defend oneself from an attack. That’s what happened recently when they reflected on how Boston Chabad Rabbi Shlomo Nogorski defended himself against an assault with a knife.

“Someone attacking you with a knife is banking on the fact that you will freeze and won’t fight back,” Richards, 48, said by phone. “We teach that, surprisingly, you can sustain a number of knife cuts and be okay if the cuts aren’t deep…. Rabbi Nogorski is an example where we show that he did the right thing and survived. We dedicated the class to him.”


Richards co-founded Legion, a self defense group of mainly Jews with Jon Loew and Meredith Weiss, but two years ago branched off and founded Guardian Self-Defense (GSD), which caters to charedi students. Due to a $20,000 sponsor, Richards said there is a new class in Manhattan. The other classes take place in Crown Heights, Brooklyn. Richards said he expects more donations to come in that will allow for more expansion.

“People are scared,” said Richards, who is trained in Krav Maga, wrestling and other forms of combat. “People used to say, ‘It could never happen to me.’ But when a Chabad rabbi is stabbed in broad daylight they know it can happen to them. It doesn’t mean we should panic; it means we should be prepared. It’s like if your roof has holes in it and it’s raining, you can put buckets out to catch the water or you can fix the holes. People are realizing you have to fix the holes.”

Ortal Kindell helps run GSD and is the director of the female program (classes are kept separate). She said there are more than 30 women in the female class. She added that when she sees TV clips of Jews beaten in New York, she becomes enraged. The 34-year-old Brooklyn resident sometimes has flashbacks to when she was attacked four years ago near a Brooklyn yeshiva when she was unpacking her car.

“A man punched me and choked me and I had already taken some Krav Maga classes with Legion” she said. “I was able to kick him in the testicles and get away. Had I not done that, I think I could have been killed. I think it may have been an anti-Semitic attack, but you never know because he didn’t say anything anti-Jewish.”

Kindell has gone through therapy to psychologically recover from the attack and she said it is cathartic to help train religious women who otherwise might not have the chance to learn to defend themselves. Richards said that more than 130 have had training through his program and he regrets that the numbers will increase.

“Chasidic and Ultra-Orthodox Jews know they are a target,” he said.

“I’m appalled at what’s happening,” Kindell said. “Thankfully, we saw one case where Israelis fought back in New York City and now where a rabbi battled back, but in the majority of cases, the Jews don’t fight back. The Free Palestine phrase has seemingly given license for groups of people to attack Jews on the streets of New York City. People may know the phrase and they don’t know the complexities of the political issues and that New York Jews have nothing against Palestinians and we don’t hate Palestinians.”

She said she was troubled to hear that several of her male Jewish friends have decided to take off their yarmulkes in public.

Richards gives credit to Jon Loew, a TV producer who five days after the attacks of 9/11 told him that the day was coming when Jews would be beaten on the streets of New York City. Before the BDS movement, the pair founded Fuel For Truth to educate college students on how to defend Israel from false verbal attacks and propaganda. About seven years ago, they started Legion with Meredith Weiss, sensing that the violence was coming closer.

Some years ago, I stood in a Manhattan bar to hear Loew and Richards speak and predict that Jews would be attacked in New York City. Many were silent. I had spoken to most of the 300 Jewish young professionals privately and off the record (not using their name) at the time, and most said Loew and Richards were alarmists and over-reacting to violence against Jews in Europe that would in their opinion never reach here.

While a few could see the writing on the wall, to many in the media the possibility of brazen violence against Jews was like invisible ink. Reporters treated the murder of a chasidic man in Monsey with a machete, as well as “the knockout game” where youths would walk up to a chasidic Jew and punch them in the face while a friend recorded the horrific scene on their phone, as outliers rather than a sign of things to come.

Richards, who exclusively volunteers his time for GSD and is no longer part of Legion, said many would be surprised to see what his students have learned.

“You might laugh and think of chasidic fighters as a basis for a comedic movie,” Richards admitted. “But my students are people you would not want to mess with.”

Richards said a huge impetus to start GSD was that he knew the bail reforms would be changed and he said he knew there would be a spike in anti-Semitic attacks. Joseph Borgen, 29, who was recently attacked by about 10 people in Manhattan was punched, kicked, pepper sprayed and hit with crutches. One of his attackers got out on $10,000 bail and TV cameras showed a friend carrying him and hailing him as a hero.

“We have no problem with Palestinians or Arabs or anyone, in fact we don’t train people who hate,” Kindell said. “But this guy, who was with nine other people attacking someone only because he had a blue yarmulke and completely unprovoked. That’s not a hero.”

Bentzi, 36, who declined to give his last name, is a Lubavitch chasid who lives in Brooklyn. He said he signed up for the class and knows it’s important to defend oneself. He grew up in London and said he got into fights there. He moved to Brooklyn in 2000. He joined GSD after a Jewish man in Monsey was murdered in a hate attack at the end of 2019.

“To get politicians to talk about the attacks against Jews, it’s like pulling teeth,” he said. “I’m Lubavitch. [Other chasidim] used to run away from fights in London. We Lubavitch would throw down. We wouldn’t let them beat us up because we were Jews. I felt safer fighting in England because I wasn’t worried someone would pull out a gun. Here, you never know.”

Bentzi said every synagogue must have an armed guard now. He also said he is not looking for a fight, but is ready.

“If someone said anti-Semitic things to me or mocked me, I would walk away and ignore them,” he said. “But if they came at me and started to attack me, I would beat him so badly he would have to learn how to walk again, eat again and speak again. I won’t put my hands on someone who is just talking. You put your hands on me, I will break you in half. It sounds strange coming from a Lubavitch person, but come see my training and you’ll believe me.”

Abe, who declined to give his last name, is a Satmar chasid who lives in Williamsburg. He said he heard about GSD from a friend and signed up.

He said the class, which he’s taken for a year and a half has been helpful but is all the more important now.

“There are definitely many chasidim that think it’s not Jewish to be seen as a fighter,” he said. “But the Torah teaches ‘Habah l’hargecha, hashkem l’hargo,’ or in English: The person comes to kill you, you must rise up and kill the person first. I am more confident that I can defend myself. We even learn if someone pulls my payes there is a way to defend against that. Anti-Semites choose us chasidim because we are identifiable and can’t hide our Jewishness and they think we won’t fight back and they can show off to their friends. I can fight back. Now they see Israelis fought back in one instance but I don’t think there was a video where a chasid fought back. I don’t hate anyone. But if you come for me, it won’t end up well for you.”

Richards said people are waking up to the fact that they were wrong and it was just wishful thinking to think anti-Semitic attacks wouldn’t happen in America.

“In history, Jews have been scapegoated, and it was clear to me that the pandemic did something to people to make them angry and it was a big economic hit,” Richards said. “These are factors which usually end up in brazen attacks against Jews so I don’t know why anyone is surprised. I think all Jews should learn self-defense, but the problem with the brains of many Jews is they see an attack on TV and they think it’s terrible, but they think it won’t ever happen to them. Part of it is fear and part of it is denial. But if you have the choice to be prepared, or not be prepared, why not make the wise choice?” 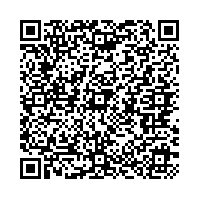