Jews have been living in the United States throughout its history, and have made significant contributions to their adopted home in times of war and peace. This week we meet two Orthodox women who made their mark on two different battlefields: Civil War nurse Rosanna Dyer Osterman and New York City social activist Alice Davis Menken.

Like many new immigrants to the United States, when Isabella and John M. Dyer decided to leave their home in Germany and seek their fortune across the Atlantic Ocean they first settled on the East Coast. Thus, Rosanna Dyer and her two brothers, Leon and Isadore, grew up in Baltimore, where their parents were part of the community that built the city’s first synagogue.

When she was 16, Rosanna married Joseph Osterman, formerly of Amsterdam. Osterman worked as a merchant and silversmith in Baltimore, but his business wasn’t a success. He decided to follow the path of many others looking for brighter economic opportunities in America’s hinterlands. Rosanna’s brother Leon suggested Galveston, a growing city in the new Republic of Texas, and Osterman moved there in 1837.

Rosanna joined him a year later. As she had done in Baltimore, she helped her husband in his business – and this time it prospered. In addition to their general store, from which they traded with people from all parts of Texas, Osterman purchased a schooner and imported Jamaican rum and sugar. He was also involved in the lucrative cotton trade. As one of Galveston’s first financiers, he helped the new city meet its debts and helped local businessmen such as Gail Borden, Jr., who was trying to find a way to condense milk. In 1842, Osterman decided to retire, but he didn’t leave business entirely. He began to dabble in real estate and, when he died in 1861, his fortune was valued at $191,000, about $5.5 million in today’s currency.

The Ostermans are credited with building Galveston’s first two-story building. Although they had no children to enliven their home, their spacious mansion was put to good use during a yellow fever epidemic that swept through Galveston in 1853. Rosanna erected a temporary hospital in her home and helped to nurse the sick and dying.

When the Civil War broke out, the Union Army put a blockade on Galveston, which is located on an island. With business at a standstill, most of the city’s residents relocated to the mainland. But Rosanna, now a widow, remained there throughout the war. Once again, she opened a hospital in her home, this time nursing wounded soldiers – and it is this selfless act during wartime that has earned her a place in American history.

Historians tell us that more than 600,000 soldiers lost their lives during the four-year American Civil War. There weren’t enough doctors to treat all the sick and wounded, nor was there enough staff to help with non-skilled activities such as providing clean dressings and bedding, distributing medicines and cooking meals. This is why some two-thirds of the casualties died not from gunfire on the battlefield but from disease. Perhaps even more would have perished if not for the efforts of thousands of women who volunteered to help nurse the soldiers, including Clara Barton, who would later found the American Red Cross, and Louisa May Alcott, author of the Civil War-era classic Little Women. None of these women were professionally trained, as there weren’t yet any nursing schools in the Unites States. At first, the male surgeons regarded them as a nuisance. But as the volunteer nurses gained experience – and the number of wounded needing treatment increased – the women came to be regarded as invaluable assistants. 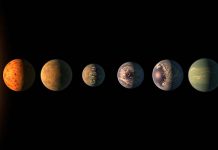