Theodor Herzl is the only individual mentioned by name in Israel’s Declaration of Independence, which refers to him as the “author of the vision of the Jewish state.” As we all know, modern Zionism began with Herzl – except that it didn’t. Well before Herzl, it was the religious Zionists in the 19th century, including Rav Samuel Mohilever, Rav Yitzchak Yaakov Reines, Rav Tzvi Hirsch Kalischer, and many Mizrachi rabbanim who rejuvenated the dream of a Jewish national home in Eretz Yisrael.

Herzl, however, is properly credited with transforming Zionism from a weak movement and a 2,000-year old dream into a world organization and potent political entity, which led eventually to the founding of Israel.


Herzl first considered the need for an expressly Jewish-Zionist newspaper shortly after he failed to win support for his ideas from Baron Maurice de Hirsh, an important financier who originated the Jewish Colonization Association. Hirsch’s agricultural projects had led Chovevei Tzion and later Herzl to request Hirsch’s support for the nascent Zionist movement, but he regarded the creation of a Jewish Homeland as a fantasy and refused assistance. Herzl decided that a newspaper geared to the broader Jewish public, particularly the middle classes, would lead to greater success in spreading the Zionist idea. In 1897 he decided to publish his own Zionist weekly, which he named Die Welt (“The World”), noting in his journal that the periodical was “a necessity that can no longer be ignored.” Through Die Welt, which was published weekly in Herzl’s own publishing house, he acquired, for the first time, access to broad public opinion in support of the Zionist cause.

While working for the Neue Freie Presse, Herzl was prohibited by editor Morris Benedikt from writing or publishing any of the Zionist ideas that had taken over his life in the wake of the Dreyfus Affair because Benedikt – ironically, himself a Jew – feared the open advocacy of Zionism would engender anti-Semitism.

Even after founding Die Welt, Herzl wrote articles for it only under a penname for fear of upsetting Benedikt and, though he personally attended to virtually every technical detail, he never held any official title as editor or publisher, lest he jeopardize his “day job” at the Neue Freie Presse.

Exhibited with this column is the front page of the historic premier edition of Die Welt. The first two pages contained Herzl’s article about the First National Congress to be held two months later, and the editorial explained that Die Welt promoted “the reconciling solution to the Jewish question”:

Our weekly is a “Jew Paper.” We take this word, which is supposed to be a term of denigration, and wish to make it a word of pride…. Die Welt will be the publication of those men who wish to lead Jewry out of these times into a better era.

Herzl went on to publish articles dealing with Zionism in its various phases, the renaissance of the Hebrew language, Jewish conditions in different lands, and Judeo-national tales. The periodical also reported on general news relevant to Judaism or Zionism, including the Dreyfus Affair and the spread of anti-Semitism. Die Welt, which included cultural and philosophical essays, reviews on the performing arts, and book reviews, became among the first periodicals to introduce German Jews to translations of modern Hebrew and Yiddish fiction and it also notably sought contributions from non-Jews promoting Zionism as a solution to the “Jewish question.” It featured regular reports submitted by Zionist organizations from around the world and became the house organ of the World Zionist Organization beginning with the Fifth Zionist Congress (Basle, December 1901). The initial reaction to the paper can only be characterized as miserable; ten days before the publication of the first issue, Herzl had received a grand total of two subscriptions – and even after 10 months he had only 280 subscribers in Vienna out of a Jewish population of well over 100,000.

The journal’s aggregate circulation subsequently varied widely, usually selling at least 3,000 copies and sometimes exceeding 10,000, but it was soundly rejected by large segments of Jewish society, including Orthodox rabbinical leaders, assimilated Jews, and cultural Zionists. Published continuously from 1897 to 1914, it was issued weekly from Vienna (1897-1905); Cologne (1906-1911); and Berlin (1911–1914).

Shortly before the first issue, which was published on June 4, 1897, Herzl wrote to Max Nordau, joking that “The Neue Freie Presse is like my legitimate wife. With Die Welt, I am maintaining a mistress – I can only hope that she will not ruin me.” And indeed, Herzl was almost ruined by his investment in the paper, which he initially financed as a private venture at considerable personal expense, combining his own limited resources, his wife’s dowry, and his father’s money. The enduring financial difficulty is evidenced by the June 17, 1903 handwritten correspondence on his Die Welt letterhead, pictured with this column, to his friend Zlocisti:

…. Die Welt is not in good shape. As you have to leave your job immediately, I still want you to receive a monthly income of 100 Mark. For this, you have to write a weekly article and consult about the subjects with Dr. [Siegmund] Werner. Your loyal friend, Herzl.

Werner, the putative editor of Die Welt, was also a close friend of Herzl’s and the physician who nursed him on his deathbed and left the definitive account of the last hours of Herzl’s life. Though hardly remembered, Theodor Zlocisti (1874-1943), a doctor, writer, and translator, was a leading German Zionist who co-founded the first Zionist students’ society in Germany (1895), became a staunch Herzl supporter, and served as a delegate to the First Zionist Congress (Basle 1897). Among the initiators of a resolution calling upon all Zionists to make aliyah a priority in their lives (1912), he was finally able, in 1921, to move to Eretz Yisrael where he served as a member of the Tel Aviv city council and its executive committee and worked as a physician.

The Zlocisti House, the building housing his private home and clinic, exists in Tel Aviv to this day. He published many academic works, including Verses of a Jew (1903), a biography of Moses Hess (1920), and the seminal Climatology and Pathology of Palestine in 1939. He had a special interest the Yiddish language, writing and publishing German translations of works by leading Yiddish authors.

As for Herzl, he died on July 3, 1904 at the young age of 44. Shown here is the front page of a special memorial issue of Die Welt issued the next day, July 4, 1904, in which, in a black-bordered message in Hebrew and German, the Labor Committee announced:

With a broken and despondent heart, we hereby notify all our brothers regarding the great evil that has befallen us with the taking from us of our great leader BINYAMIN ZE’EV THEODOR SON OF YAAKOV HERZL, MAY HIS MEMORY BE FOR A BLESSING, who died in the 44th year of his life.

[He died] on Sunday, 20 Tammuz 1904 in the town of Edlach [a village inside Reichenau an der Rax in Lower Austria], to where he was sent on doctors’ advice to rest and to rejuvenate his strength. The illness of his mortal heart that had been subject to a heart attack several weeks ago combined during the past few days with the inflammation of his lung and overpowered his life to the ground. Until the final moment, he was lucid and aware.

On Thursday 24 Tammuz at 10 a.m. he will be transported for burial in the city of Vilna. All of Israel will weep [for] our great loss and Hashem will comfort his nation and erase tears from all faces. May his soul be tied in the wraps of the living! 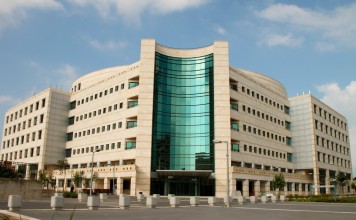